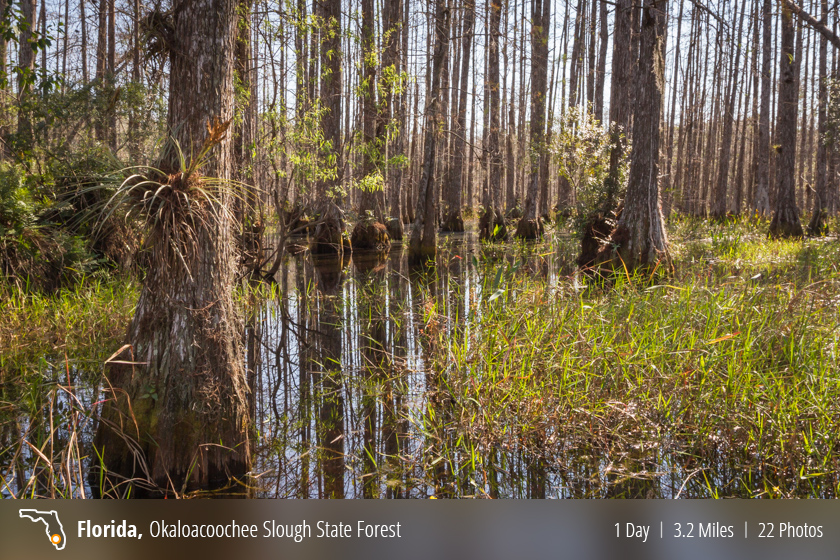 Woke up early one Saturday morning and decided to pick a place on the map I have never been, load up some camera gear and go for a drive. I ended up in the Okaloacoochee Slough State Forest, on the Mustang Loop trail in Hendry County, Florida.

This is 32,000 acre multi-use park was purchased around 2000 with Preservation funds to restore the land back to it’s natural state. The property has been converted to allow easy access for hunting, camping, and a couple trails. It’s a very primitive forest/park where you need to fill out forms and drop money into boxes. In fact, I never saw a single ranger while I was there.

All of the access roads, which connect directly to Keri Rd (Co Rd 832), are rock/dirt roads. There are plenty of primitive camping grounds, but as far as a hiking goes, the map only designates two spots.

I wanted to get as deep into the slough as I could, so I bypassed the two hiking trails and drove out to the Mustang Loop. It’s roughly 7 miles of limestone rock road takes you all the way back into Collier County. 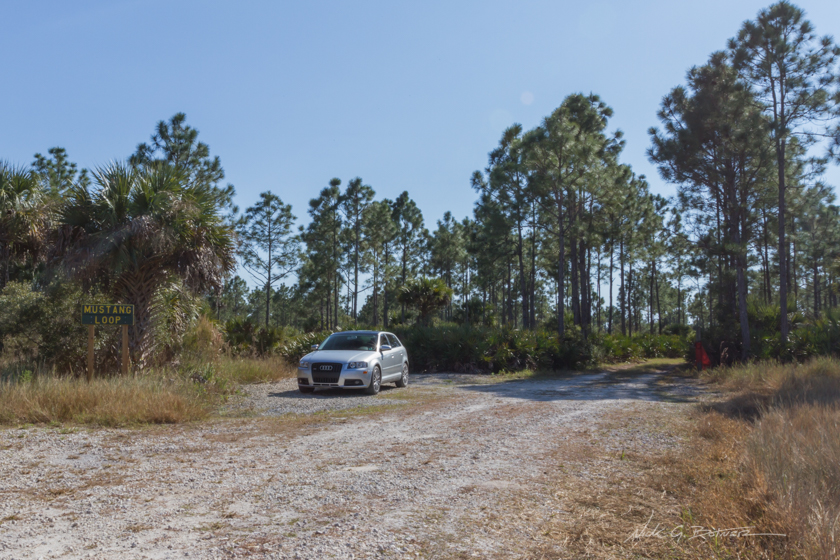 The orange spec to the right of this shot is where Mustang Loop starts. I made it about 20 feet past that point before I realized I was going to have to back it up. This loops was definitely only accessible to those with bigger trucks. The loop itself looks to be about 3 miles long, so I grabbed my camera gear and decided to huff it. 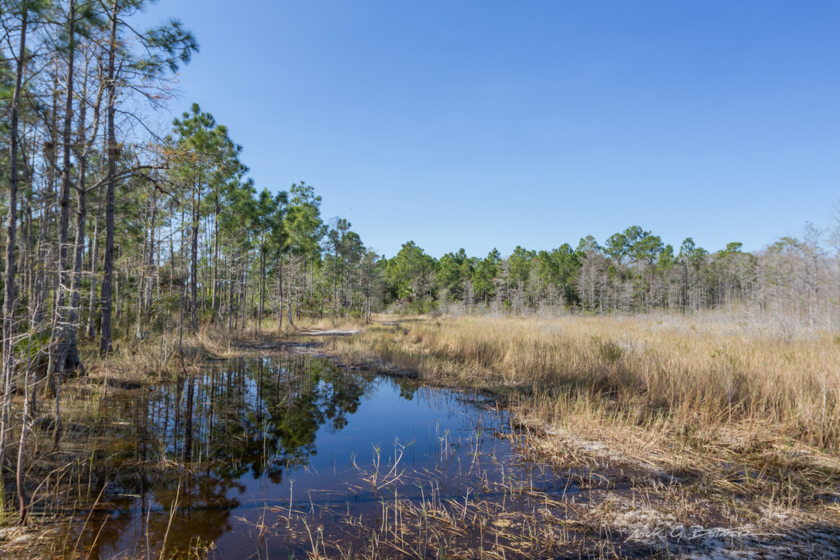 I was a bit bored with the trail until I came to this. I thought I was going to have to turn around, but I could see that there was only minimal water at the edges of the trail. Onward it is. 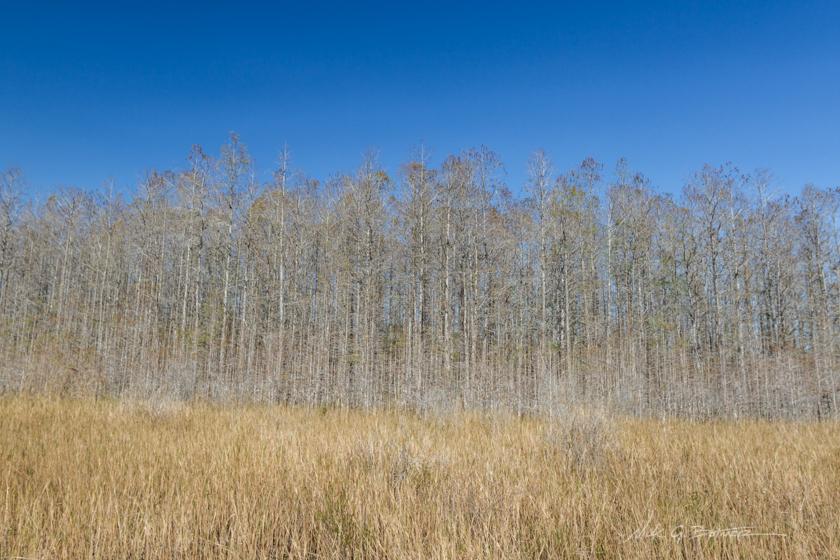 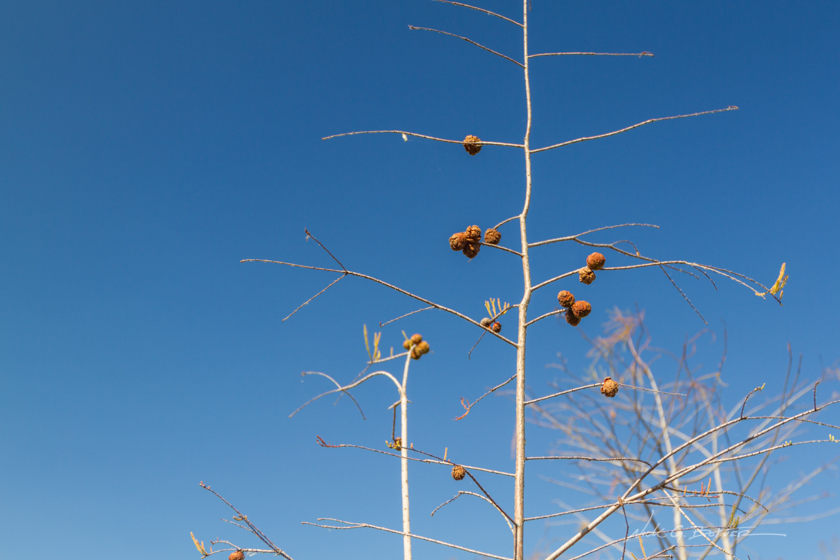 This baby bald cypress had a few cones left. 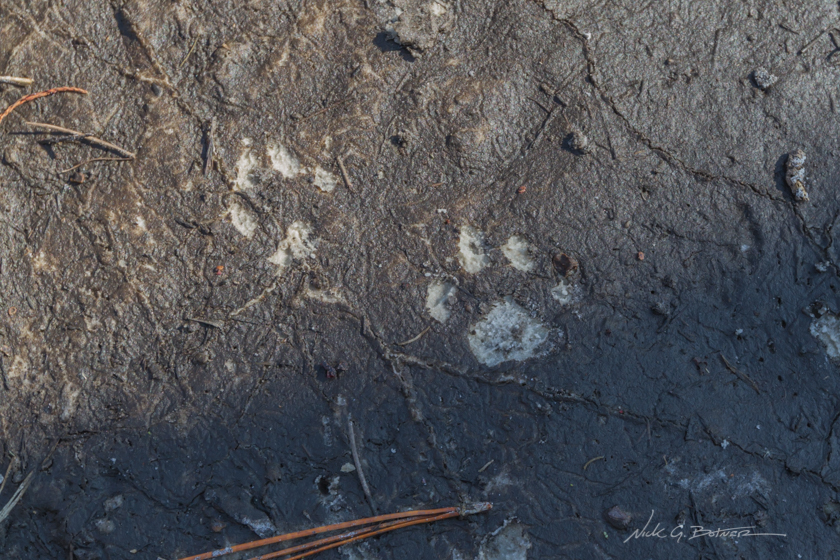 From the looks of things. Most of this trail is under water during the wet season. It seems as though I have caught the trail after a recent flood because the ground was still moist and animal tracks were abundant. The ones above appear to be coyote tracks and I did see some that resembled a panthers, but was too distorted to tell. 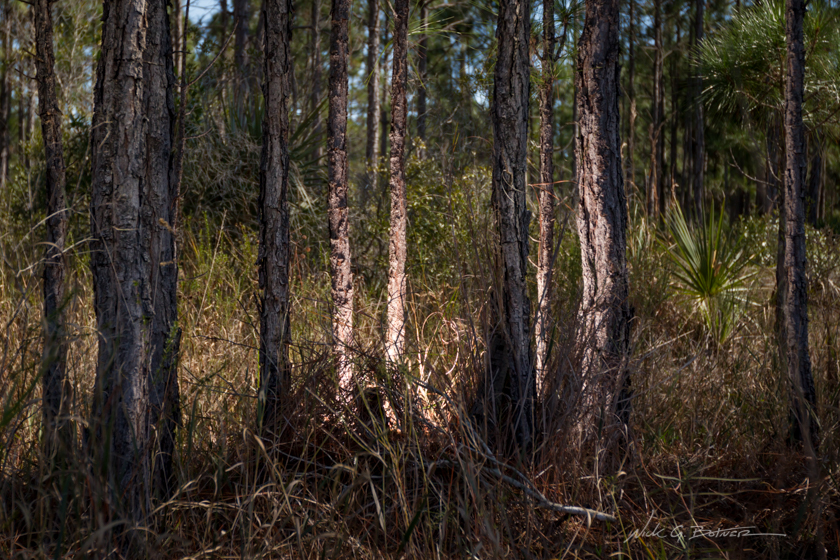 And then there was this strange light coming from the pines…or I was just messing with my off-camera flash seeing what kinds of effects I could achieve. This would have looked better with a gel on the light and a second flash for fill, but I only had one since I was packing light. 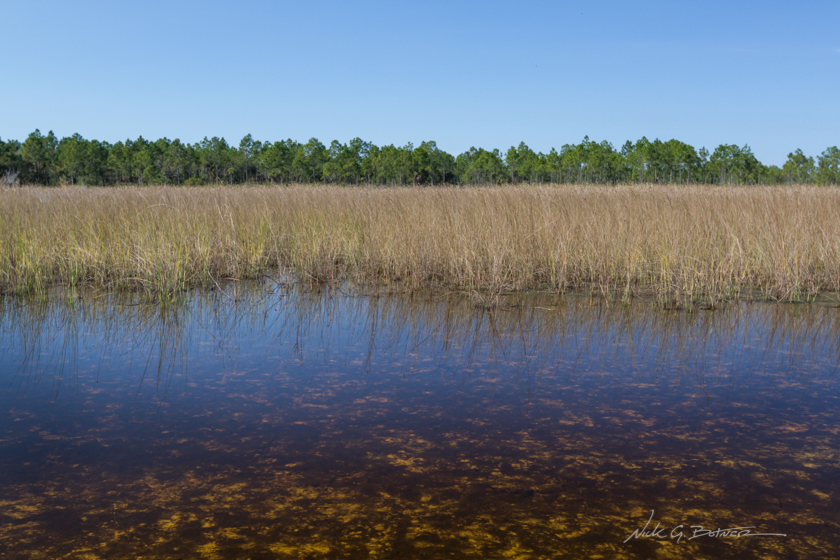 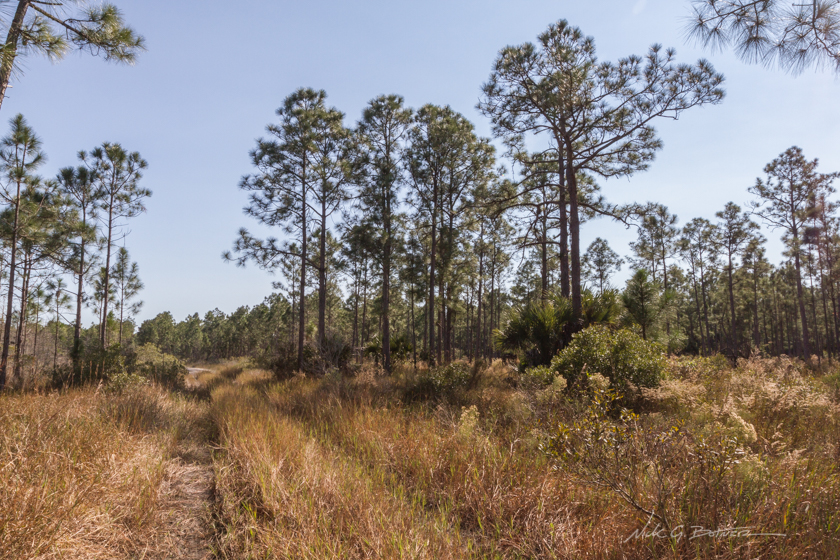 Towards the southern end of the loop, it goes back into the dry pine forest. 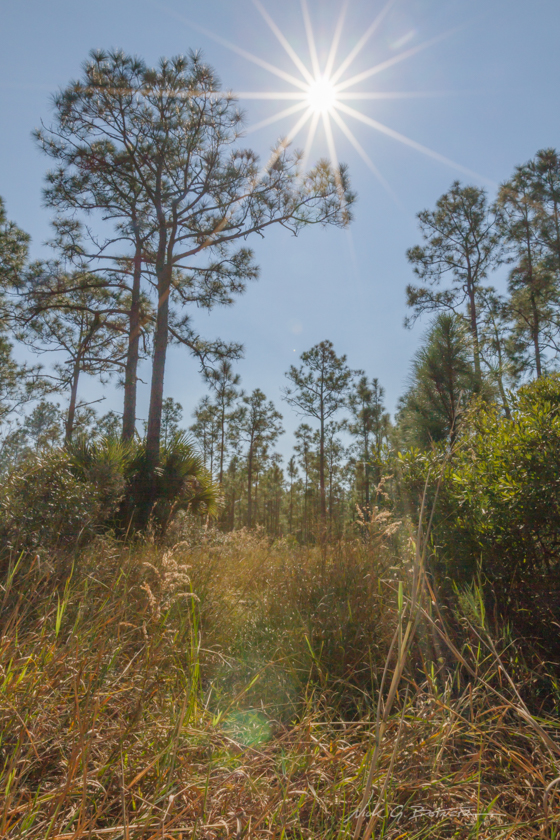 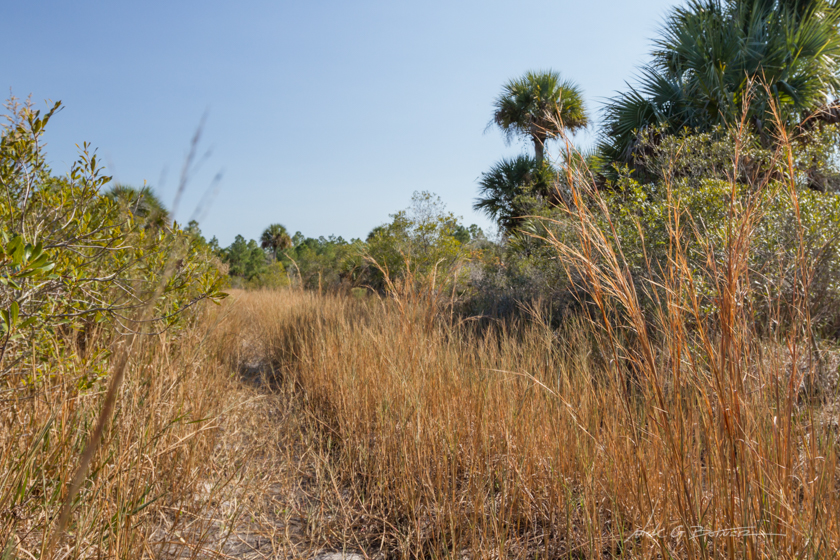 The trail back here was deeply routed and grass grows about waist high. 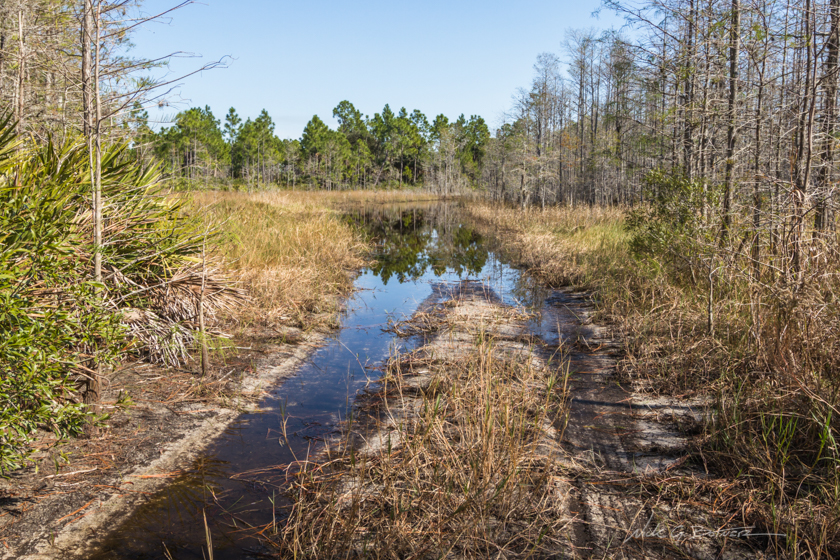 I thought I had made it through most of the difficult parts until I came up to this sight, about 2/3 of the way through the hike. 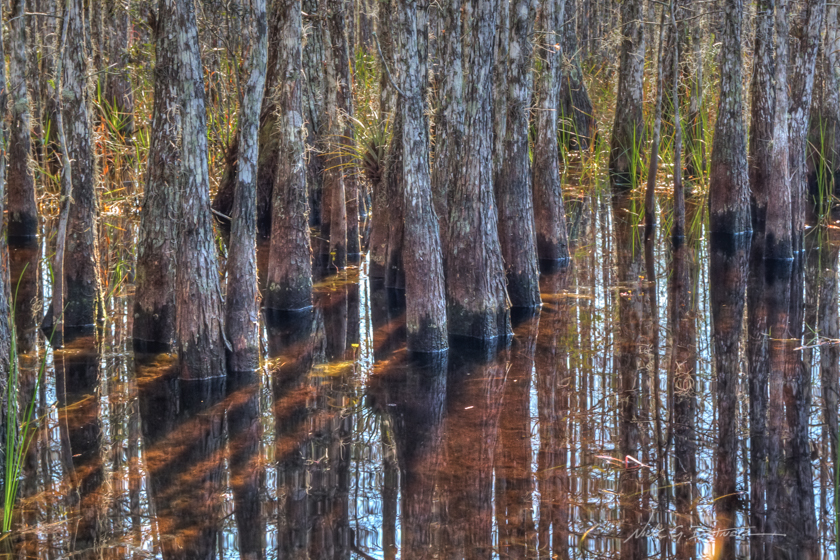 Well the slough was impassable, and my boots easily filled with water. And since I was up to my ankles in water, I figured I would try to get some photos out of it. 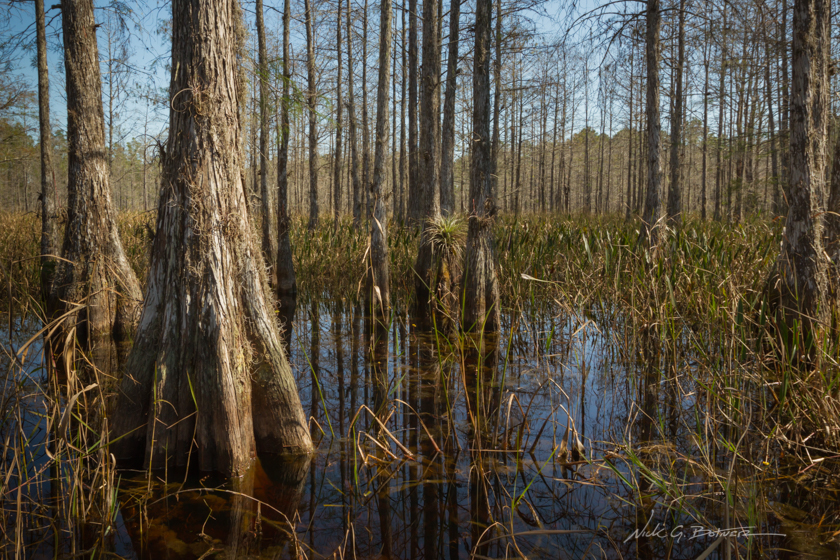 It was then that I decided, since my boots were full of water, might as well keep walking till I was up to my knees in water. 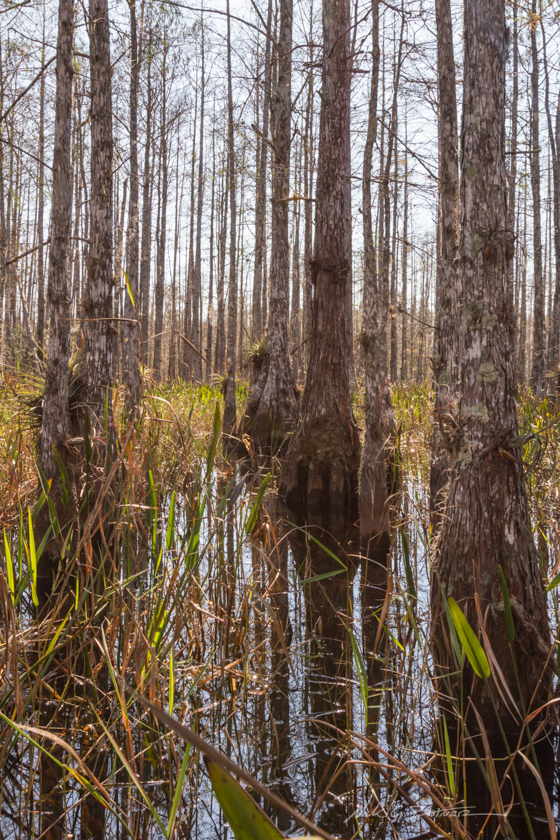 The farther I went, the more “enchanting” things became. The swamp calls to you, it beckons you to go just a little further. The further you go the more magnificent things will become if you do. 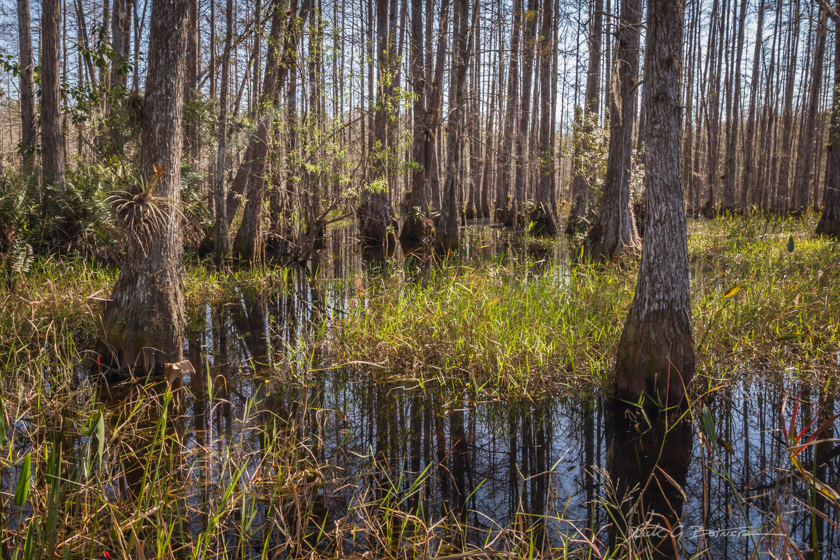 I got up to about thigh high in swamp water before I decided it was time to turn around. Looking back at this shot, I wonder what I missed out there. What amazing things were almost in reach of my lens. I can see an opening 50 yards away. Only if. 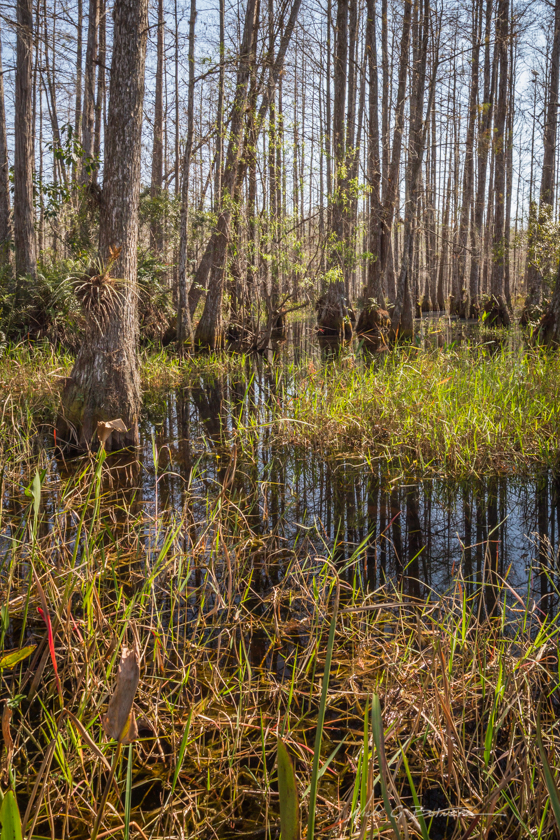 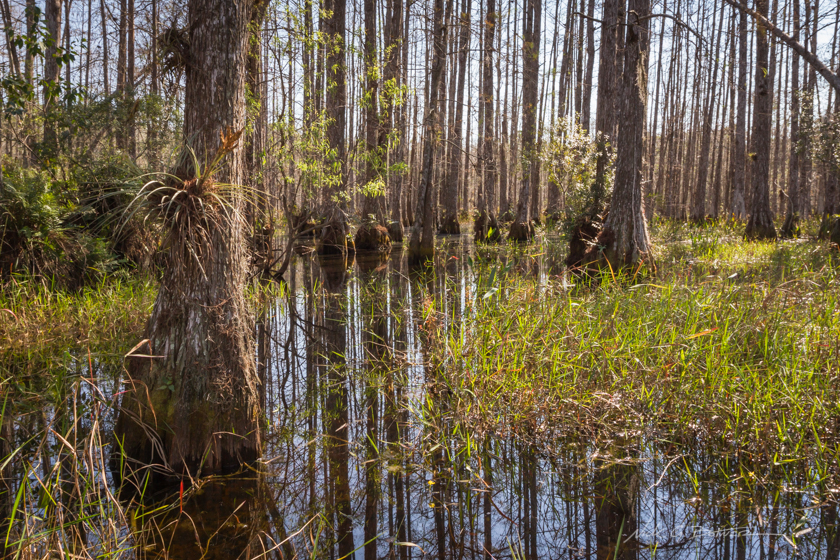 So I took a few more shots, passed the slough, emptied out the water from my boots and wrung out the socks as well. 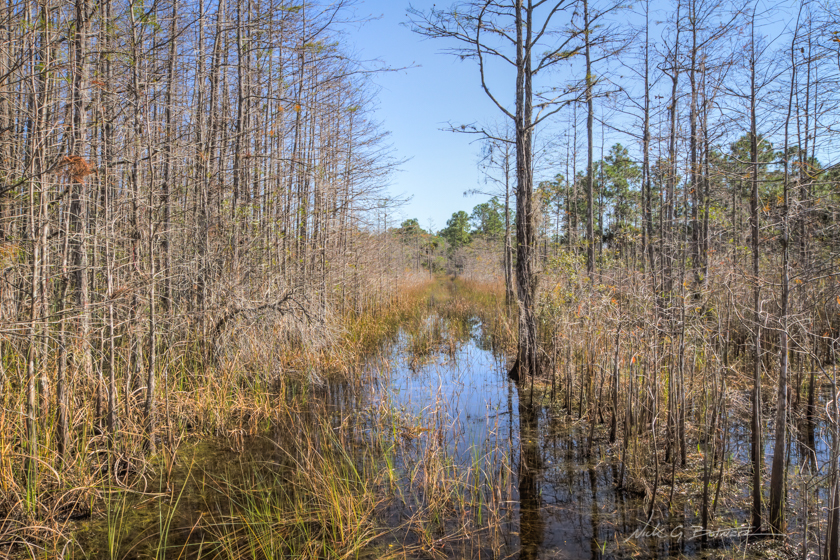 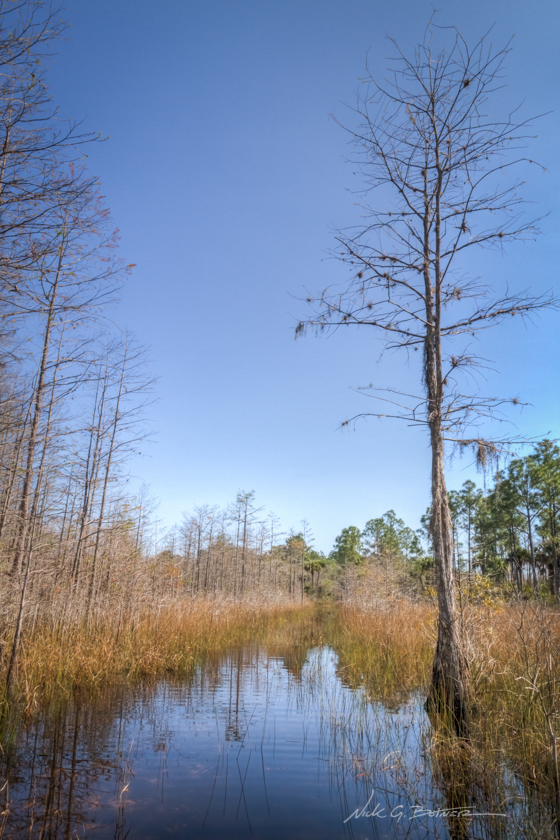 So I jumped back into the water and headed back out into the slough. 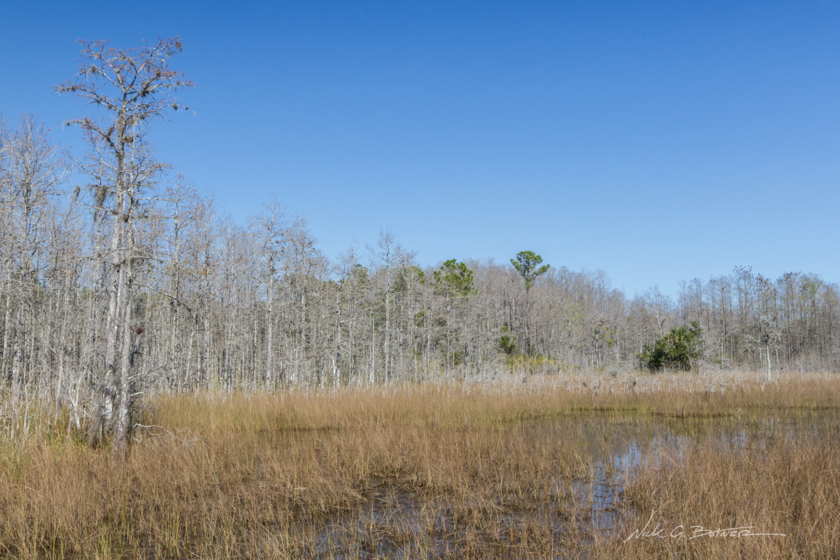 Not as deep as last time, but still up to the knees at points. 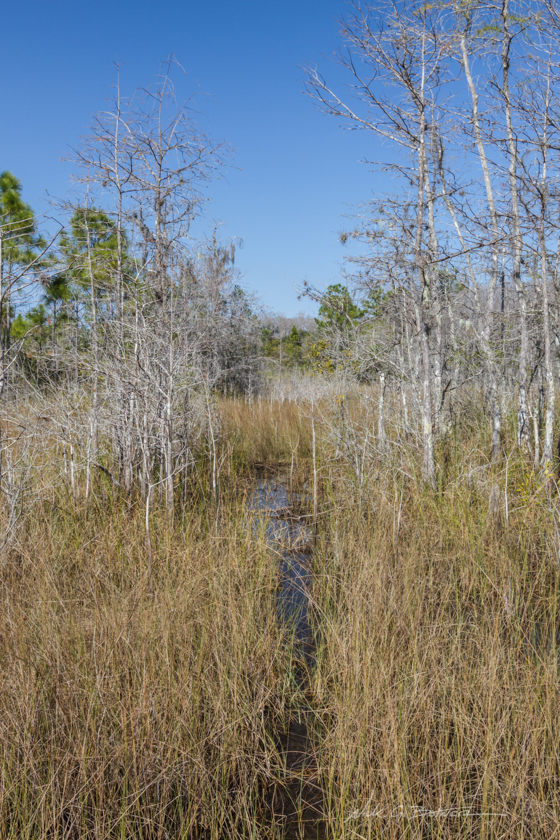 Animal trails through the slough mad things easier to navigate. 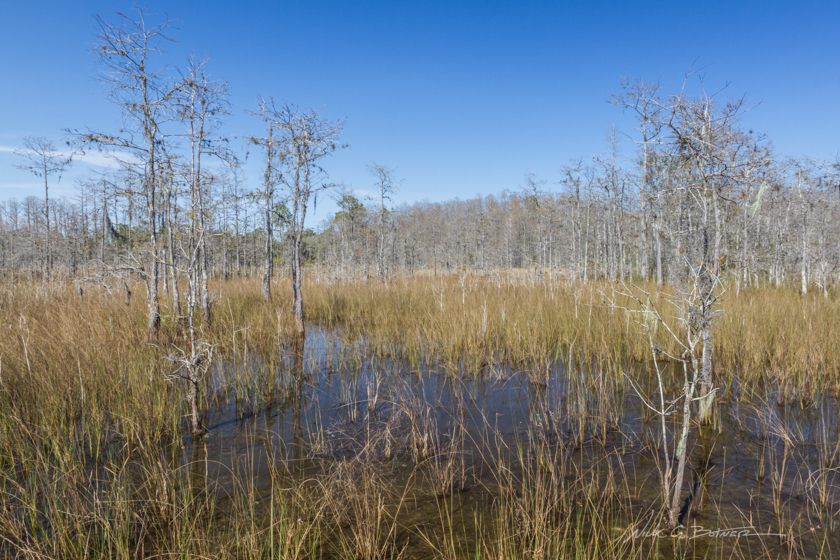 I made it pretty far out there, and then made the decision to turn back around and finish up the hike.

It was an amazing experience being out in the actual swamp. Something I haven’t done since childhood. And now that I’ve got the taste for it, I’m actively planning my next trip out. Except this time I’ll be going in prepared for it.

Here’s a little map for those who are interested. If you would like to find out more about Okaloacoochee, you can read up about the park here. Thanks for reading and stay tuned for the next swamp walk! 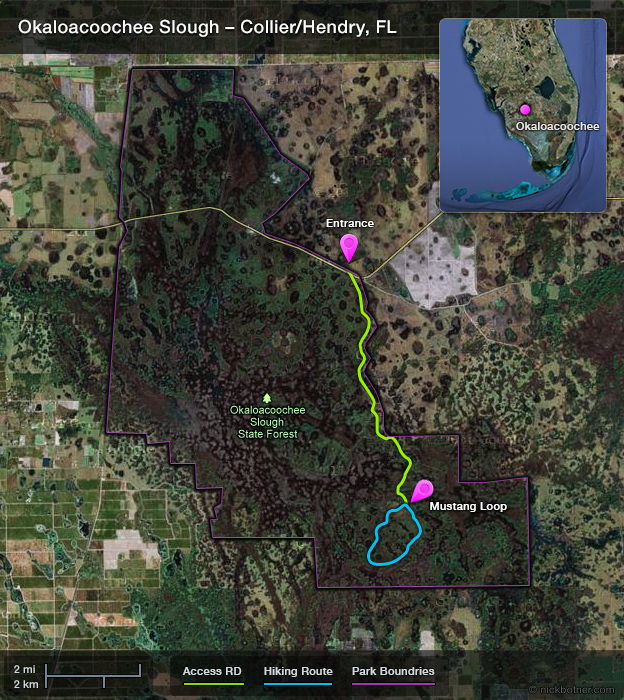 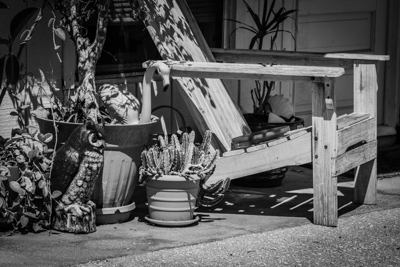