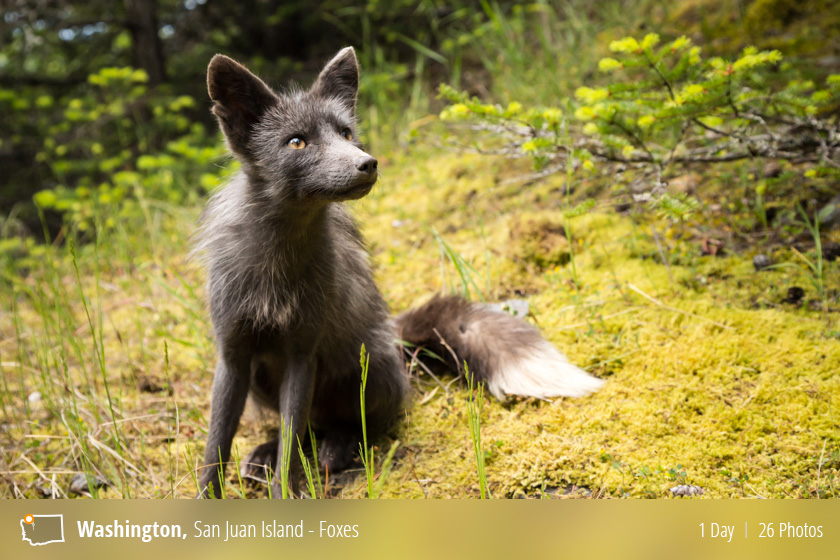 Spring vacation was quickly approaching and this time I decided to do a little bit of camping on San Juan Island. During my island explorations, I came into contact with foxes on multiple occasions. Here are the photos of those encounters.

It was early morning and I had just finished breakfast at Roche Harbor. Looking at my map I could see some trails in the old rock quarry. Since the quarry was right around the corner, I figured I would go check it out. 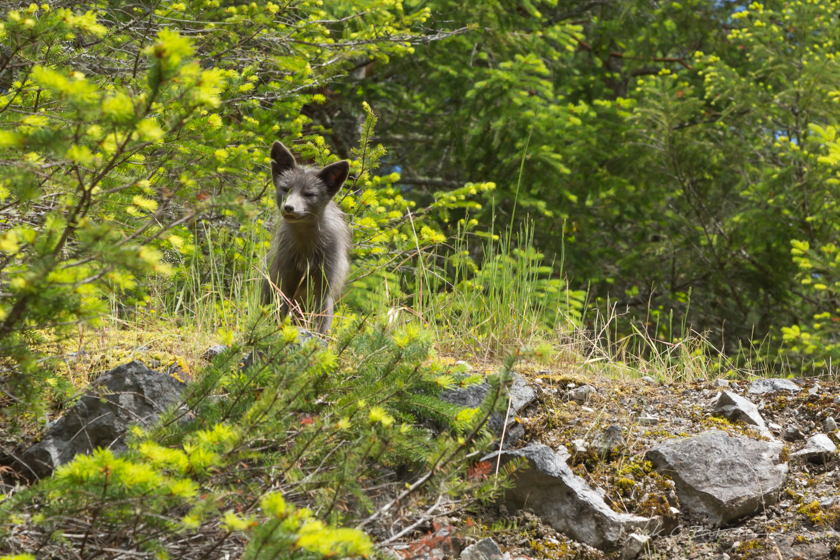 Looking for a view of the harbor, I jumped off the trail and did a little bit of scramble climbing. As I came around a large boulder, I was greeted with this menacing face looking down upon me. 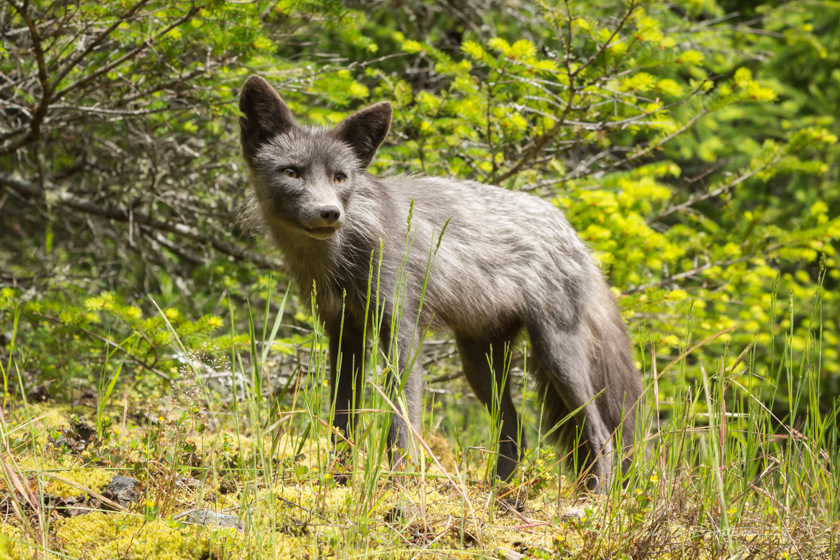 It took a second to register, but I was able to grab my camera and fire off a couple shots before the fox decided to turn around and casually walk out of view.

Still wanting to find my harbor view, I continued up the rocks to where the fox was hanging out. 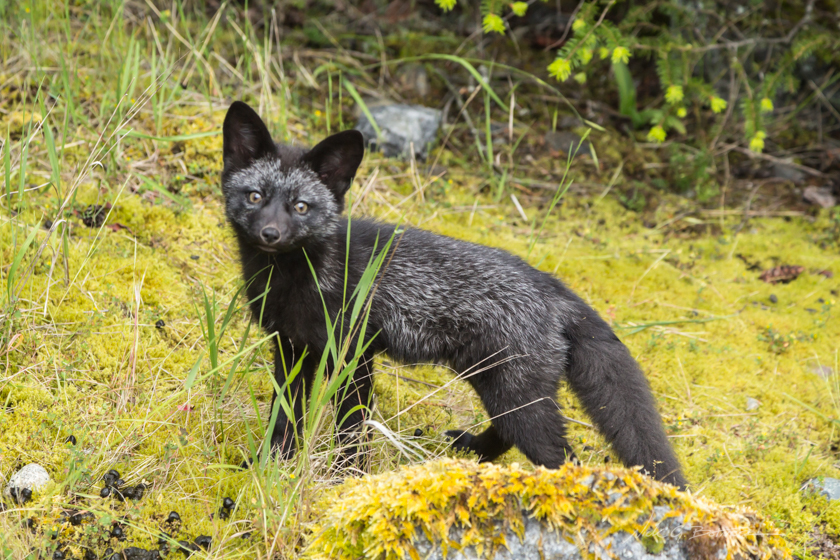 To my surprise there was not only the silver fox but also a little fox pup. 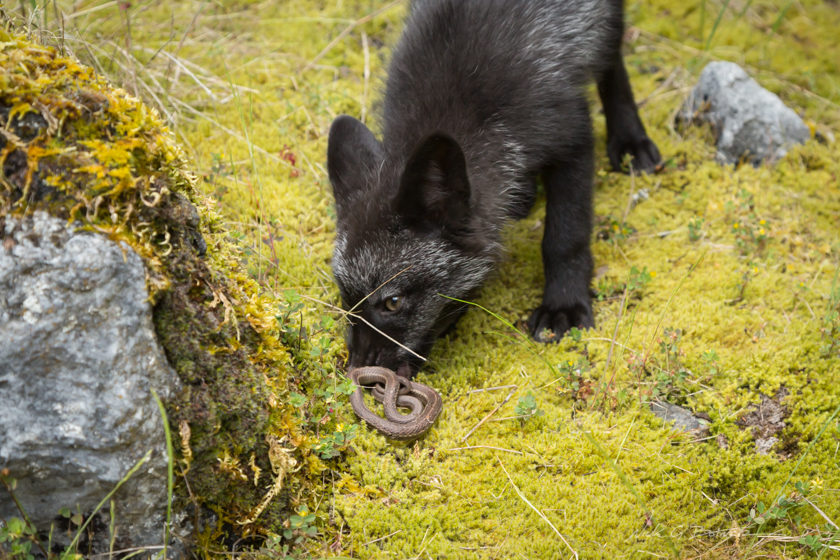 The fox pup didn’t seem too concerned about me. It was too busy playing with a half dead snake. 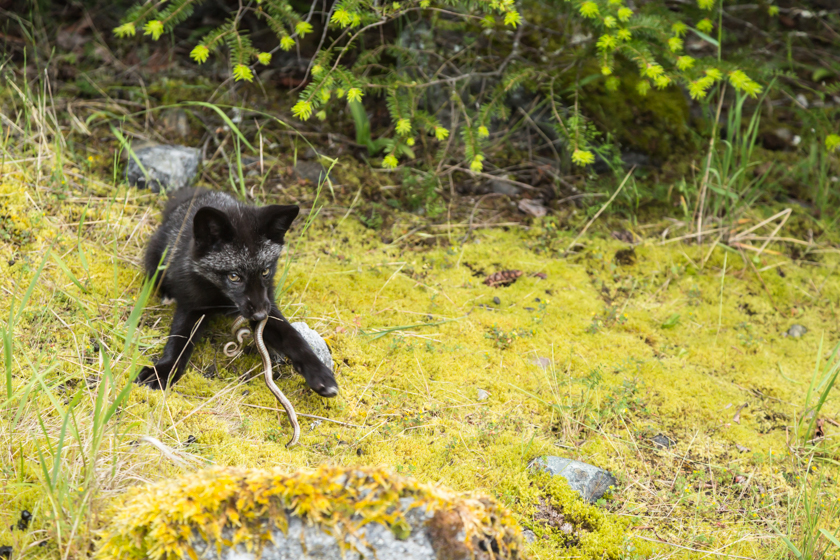 The pup would run away, run back, grab the snake, throw it a little bit, and then repeat the process over and over again. 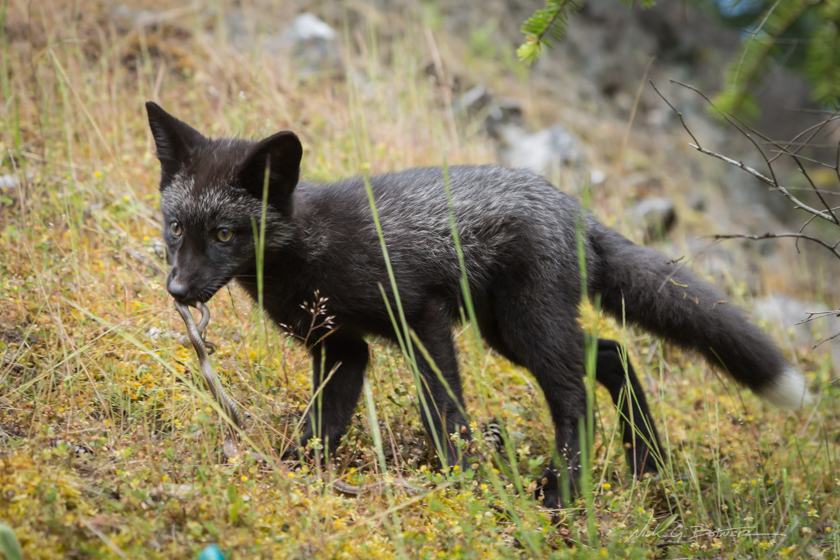 Seeing as how I wasn’t interacting with the pup, and just sitting there taking photos, it got bored and dragged the snake off. 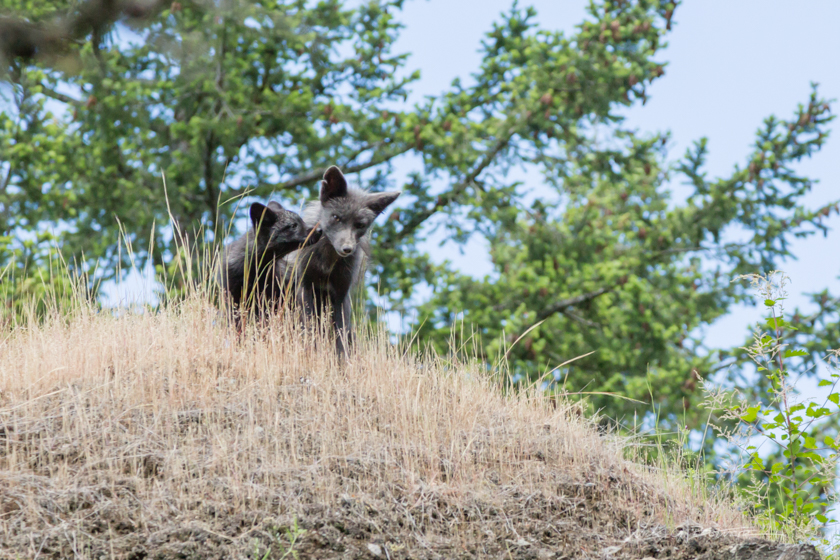 The pup had decided to head back to mom, who was watching us from atop the hill. 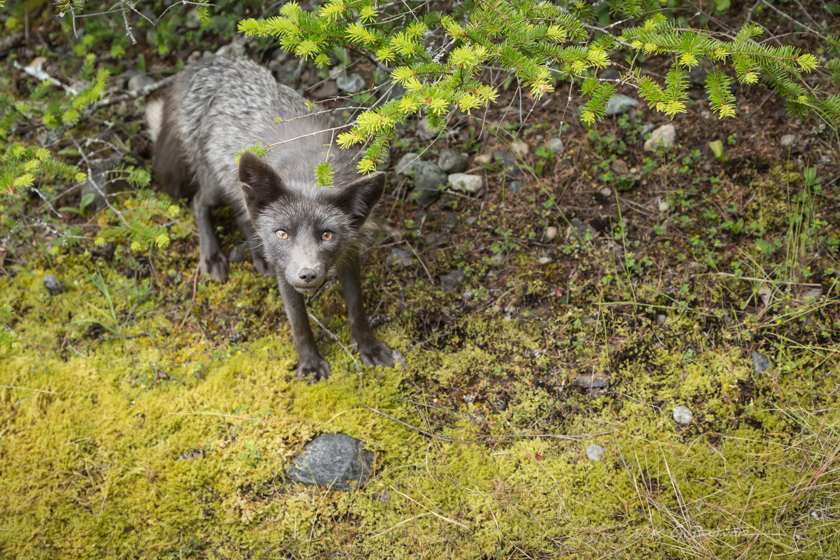 This time, the mom came down from the hill and got a closer look at me. 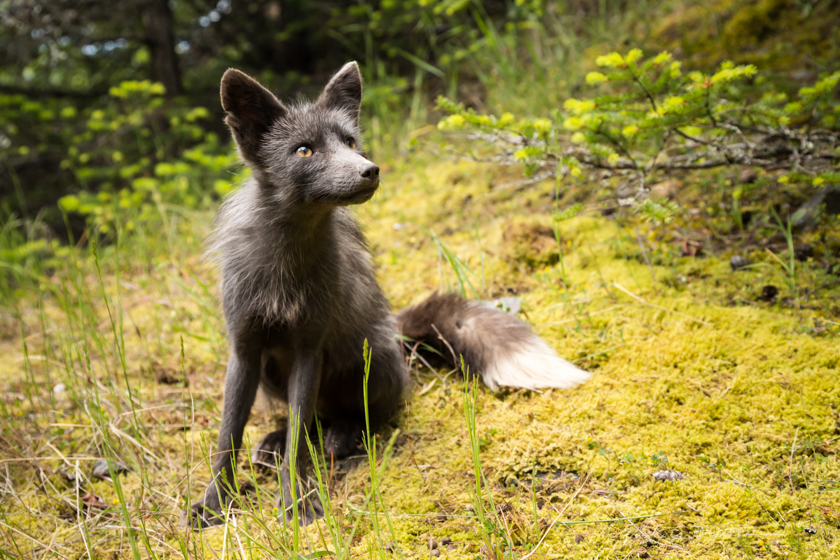 Assuming I was not a threat, she sat down a bit close to me and watched her pup play on top of the hill. 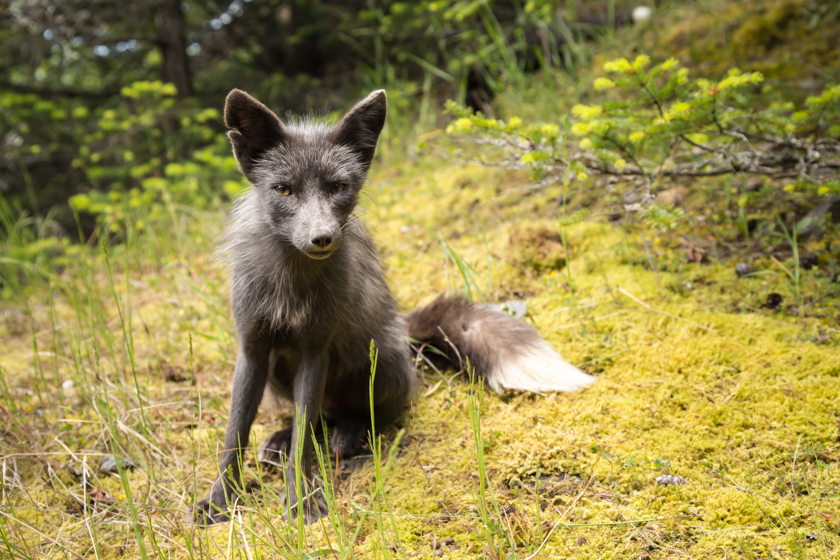 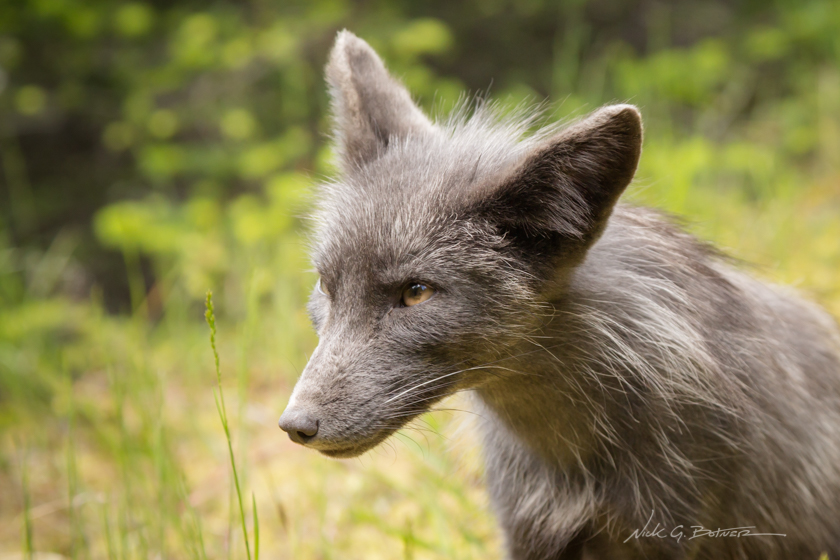 The mom then wandered off and called to the pup to come follow. I thought that would be the last of them. 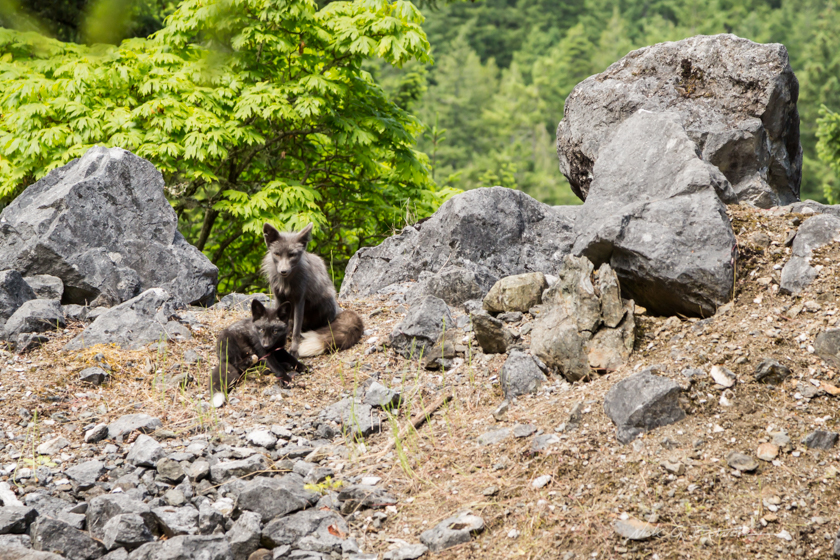 10 minutes later, I came around another corner and there they were again. 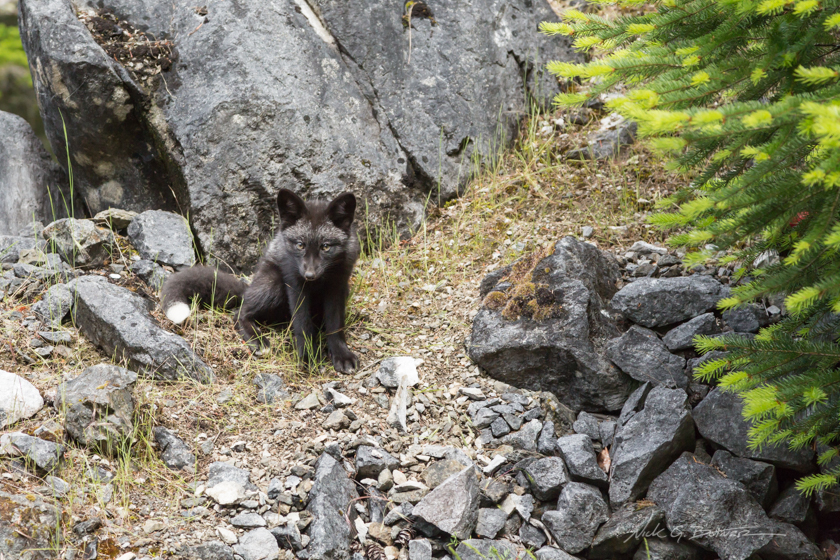 Mom was still just hanging out while the pup ran around and played on the rocks. 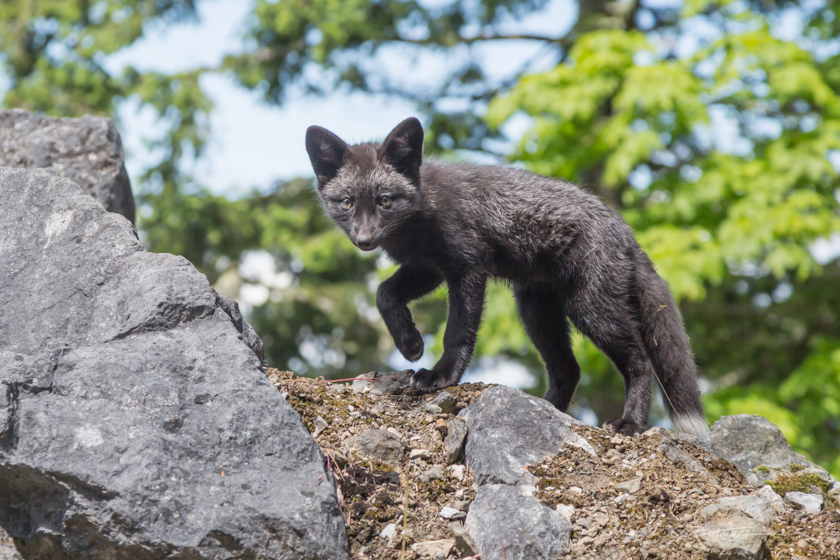 Getting ready to do some more rock hopping. 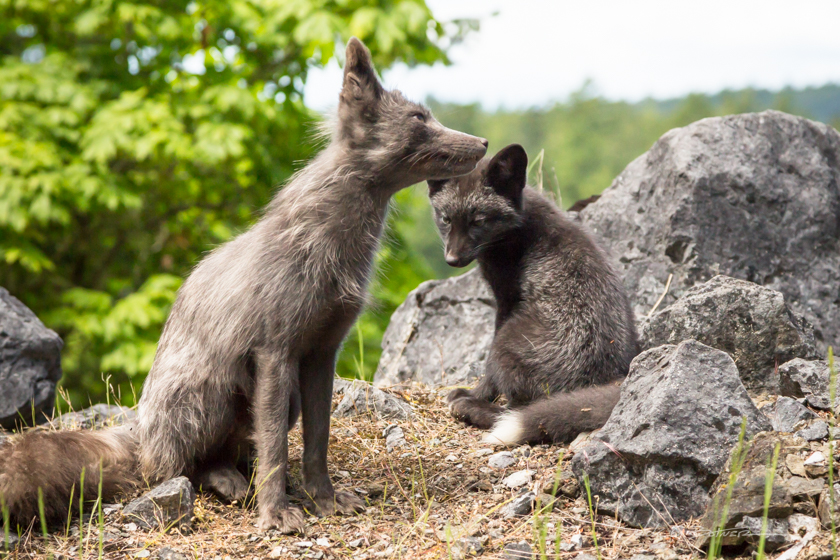 At one point, a large crow flew in for a closer look. Mom fox did not like this and called for the pup to return to her. It was interesting to see her bark at the crow and take some defensive positions, yet almost completely ignore my presence.

Once the crow was gone, the pup returned to rock hopping. 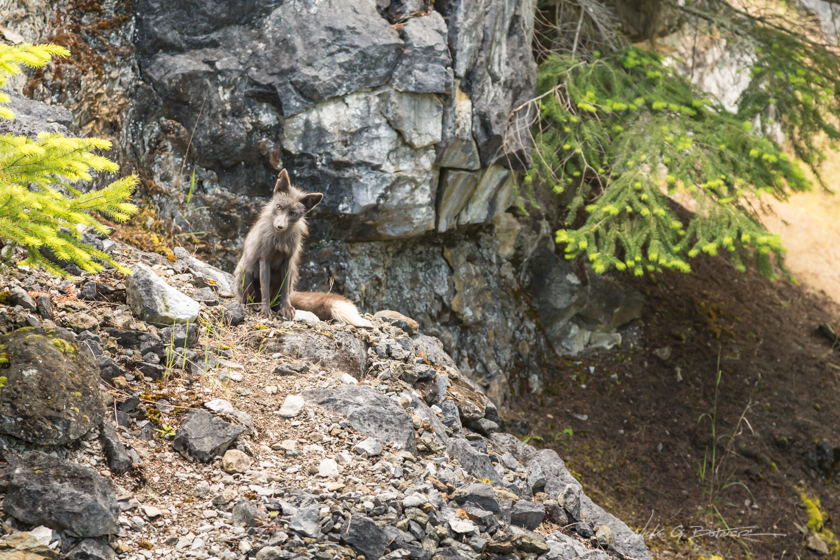 By now mom was ready to move again and started to wander away. She gave a call to the pup, and waited for its return. 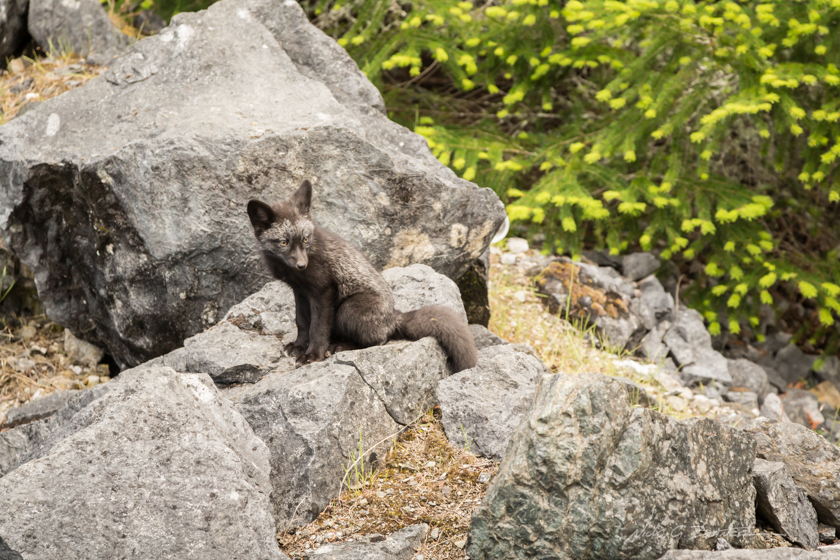 Pup did not want to leave. 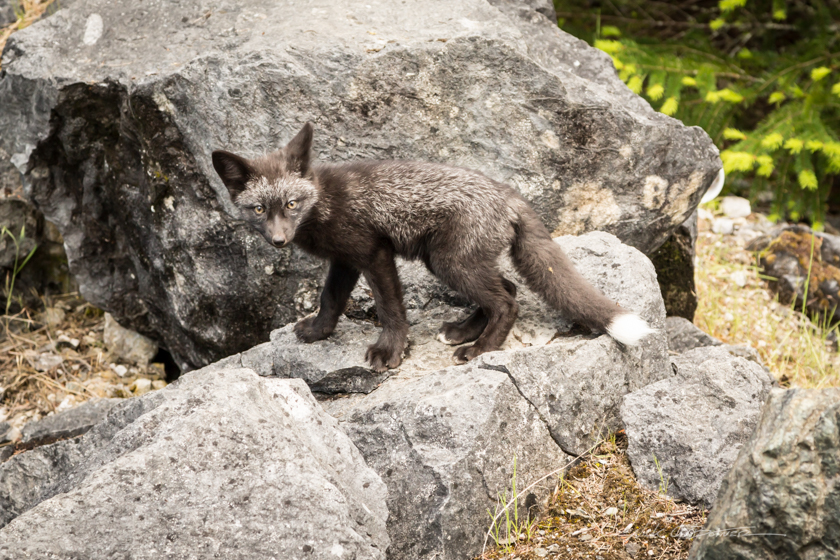 Walking around in circles, not wanting to go.

One more final call from mom and the pup was off and running. 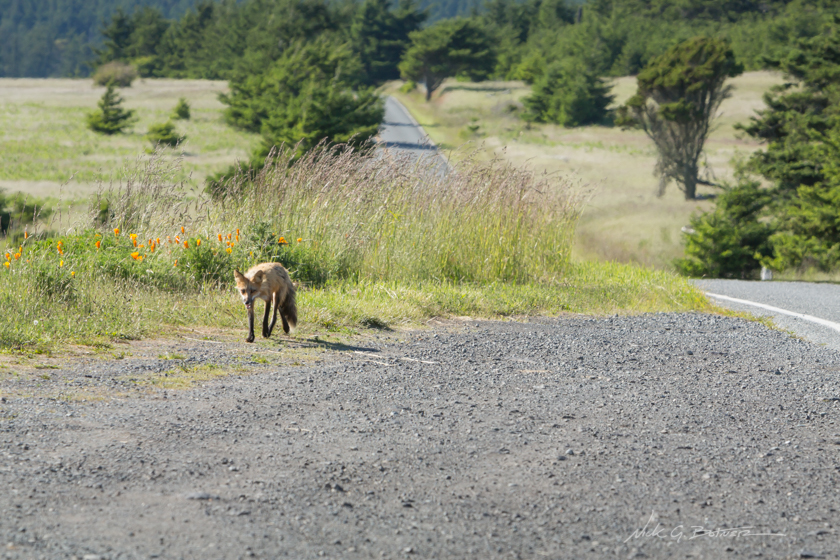 Later that day I was on the south end of the island. I was trying to get a coastal shot of Cattle Point Lighthouse when I looked up and this fox was just running down the road towards me. I scrambled to change my camera lens in hopes I would get a shot before he dashed into the grass. 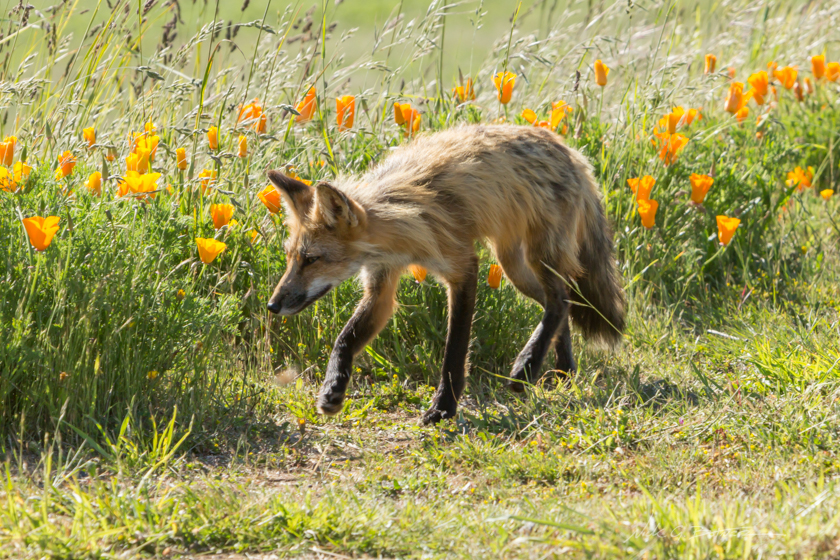 He didn’t dash into the grass. 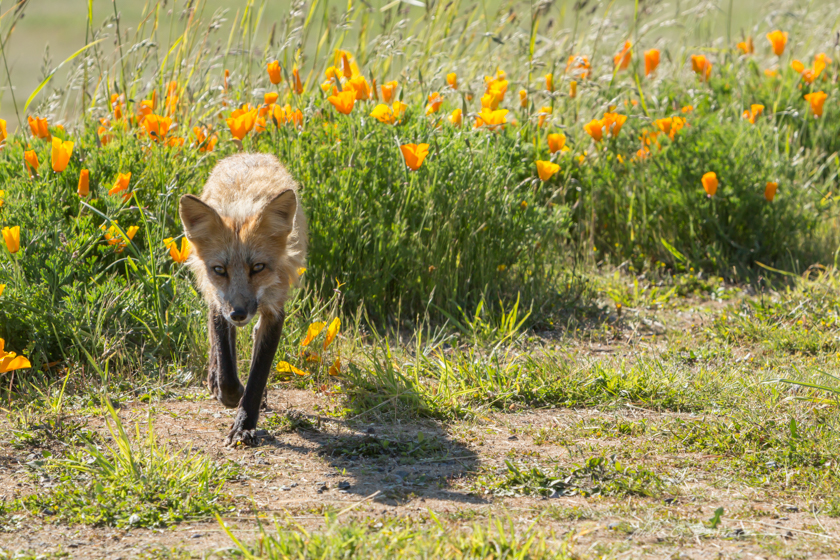 He decided to head right for me. 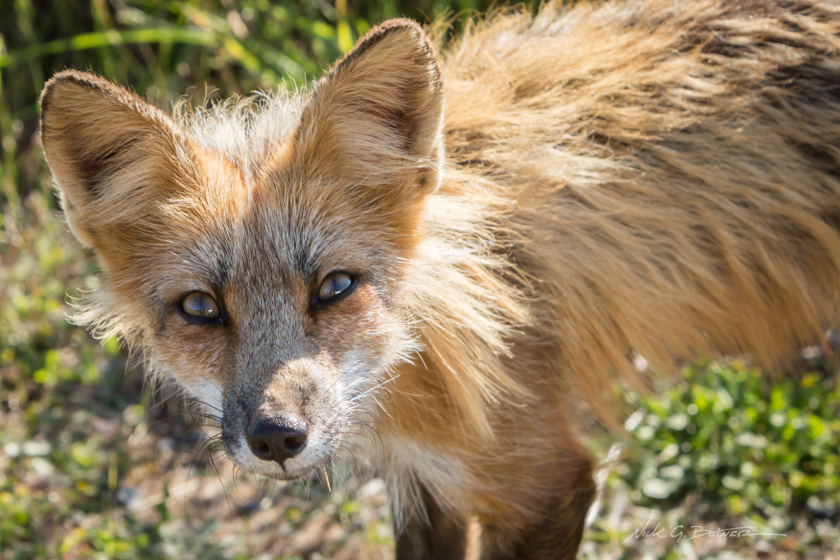 Standing about five feet from me, he checked me out of a second and was then on his way. 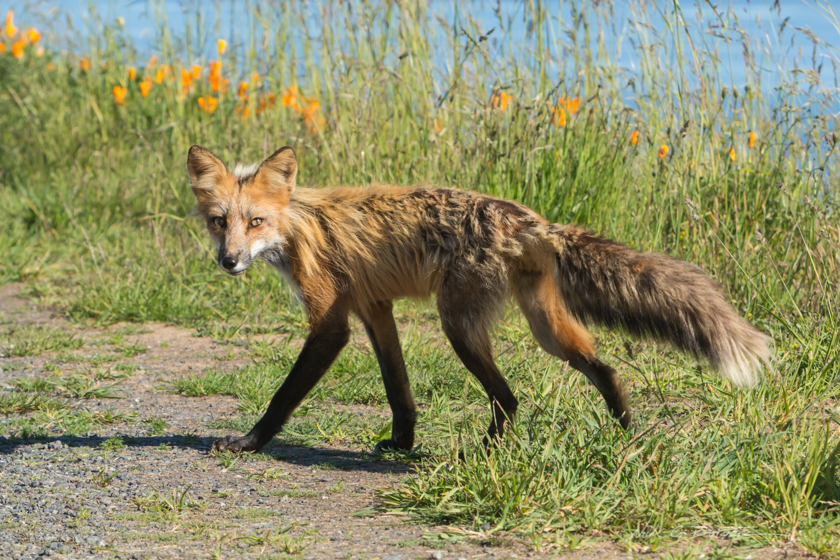 Taking another look back at me, he continued on his southerly trip.

On all of my previous visits to San Juan Island, I never saw hide or hair of a fox. Let alone, approached by them, or been in the company of them. And even though I did not interact with them, it was surreal to just be that close and have the time to get some candid photos of them. 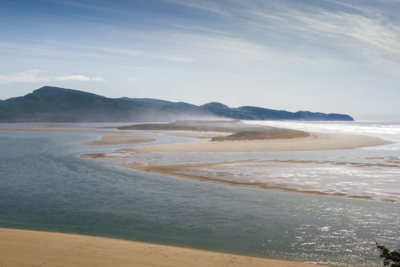