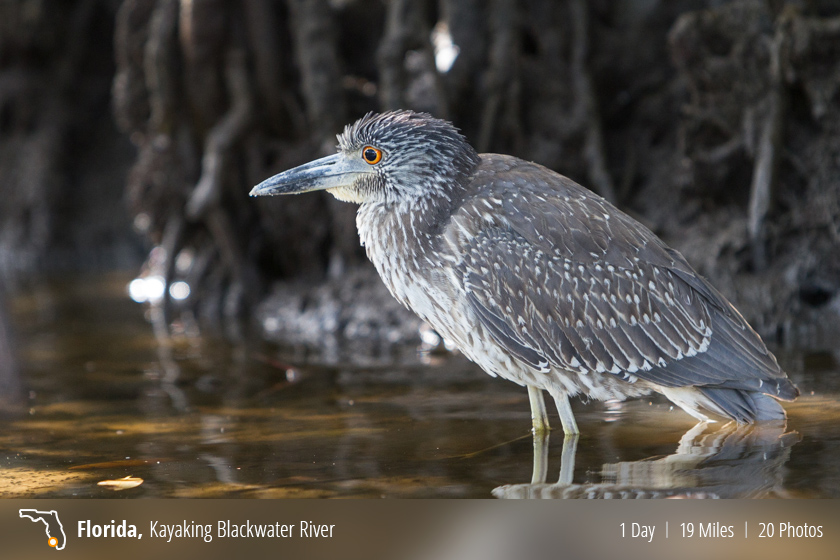 As a child, I remember my family taking me to Collier Seminole State Park on a few occasions. One visit my Father rented a canoe and we paddled down Blackwater River as far as Mud Bay before it was time to turn around. That was so long ago, so I don’t really remember much past that.

Here is what one of the park websites have to say about the State Park:

“The park overlaps the northern edge of the great mangrove swamp of southwestern Florida, and the southern edge of the Big Cypress Swamp. The park is the meeting place of the land and the sea, fresh water and salt water, and tropical and temperate zone vegetation. Because of this blending, a great diversity of plants and interesting wildlife are found here.”
– www.explorenaples.com

Having already documented the parks three walking trails, I figured it was about time to load up the yak and see how the ole canoe trail was holding up.

I was able to get into the water about 7:30am and make way down the long straight. 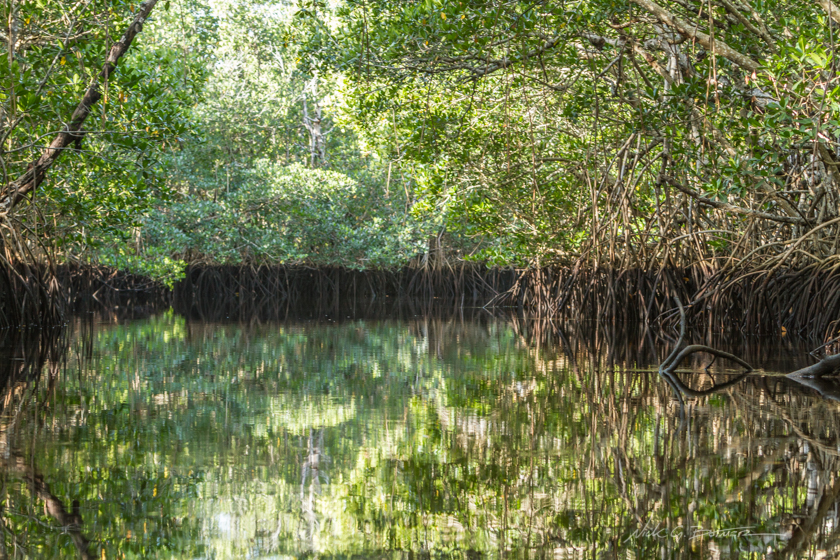 After you get through the long straight, the river closes up a bit and gives you a nice mangrove canopy. 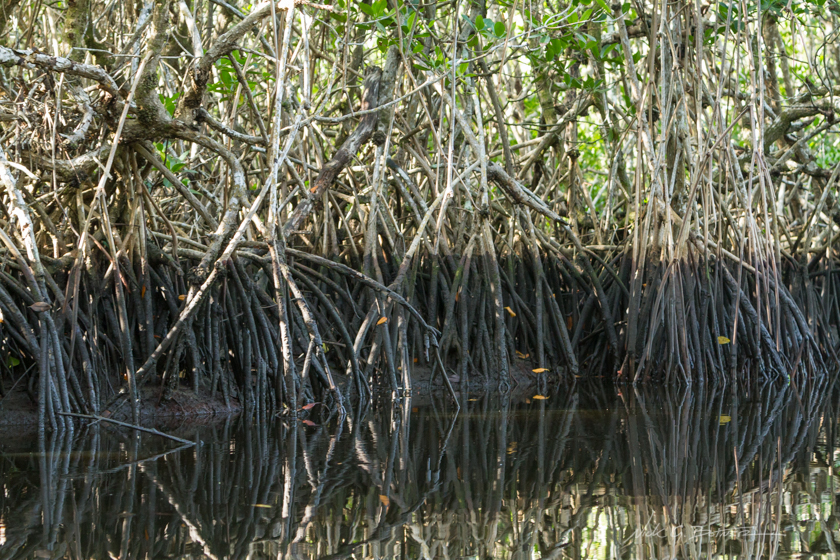 This was pretty much dead low tide. 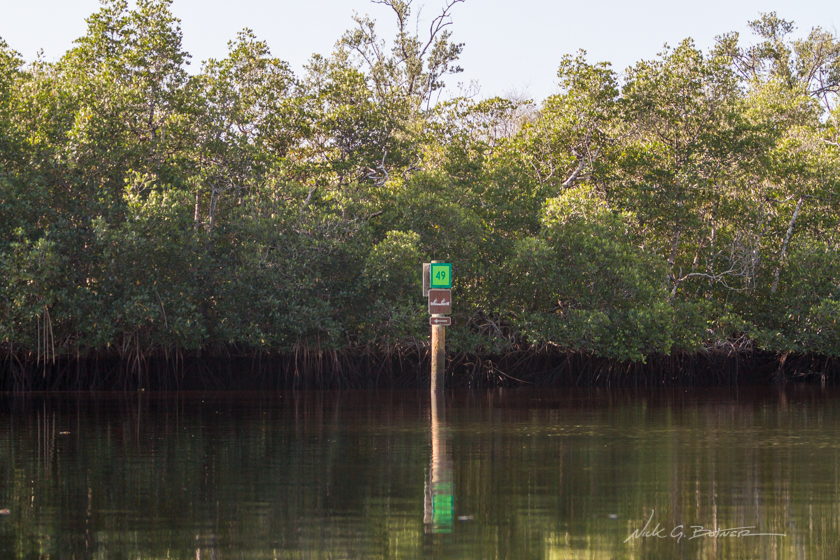 One of the channel markers giving canoers a sense of direction. 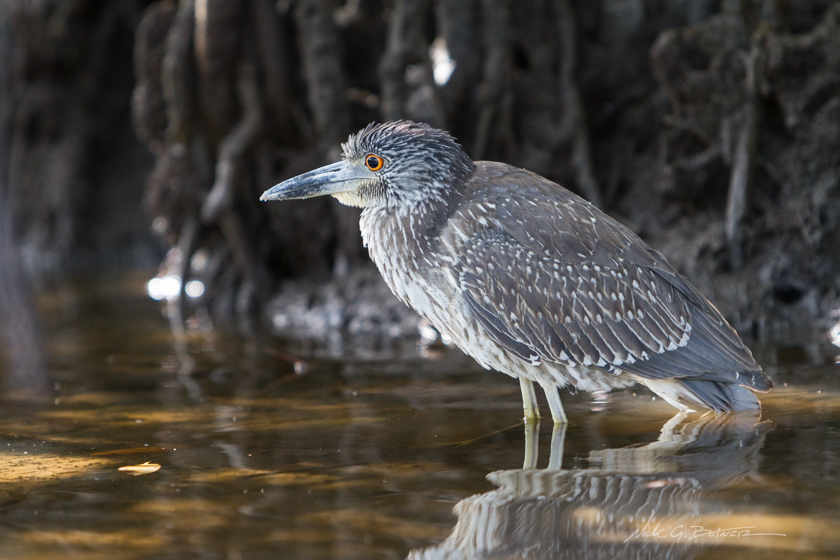 This Juvenile Yellow-crowned Night Heron didn’t seem to mind me getting close at all. 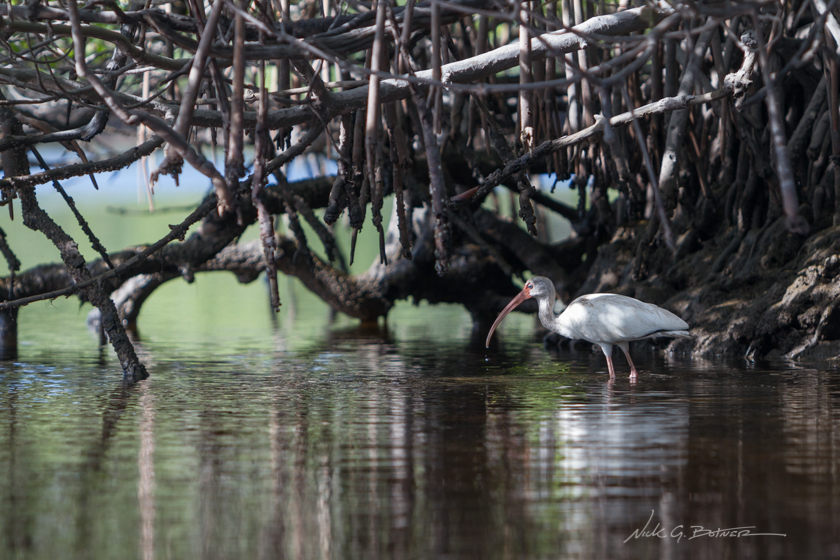 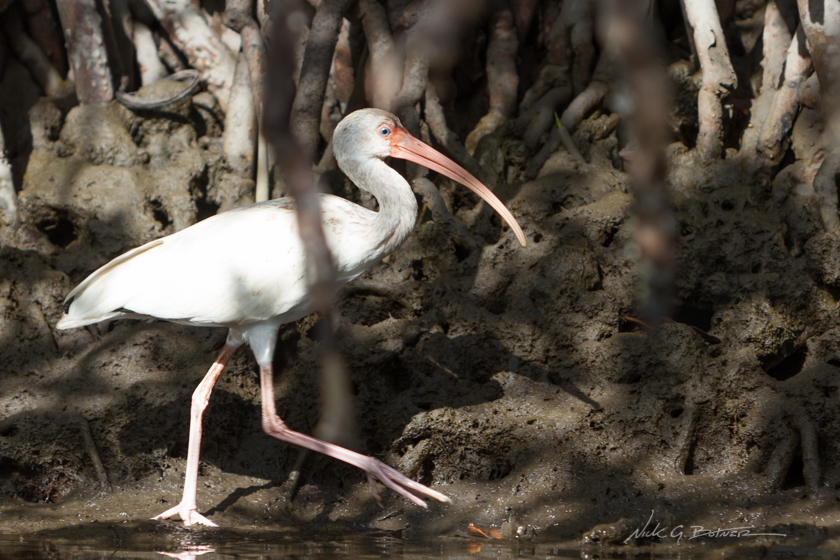 I can never get over their baby-blue colored eyes. 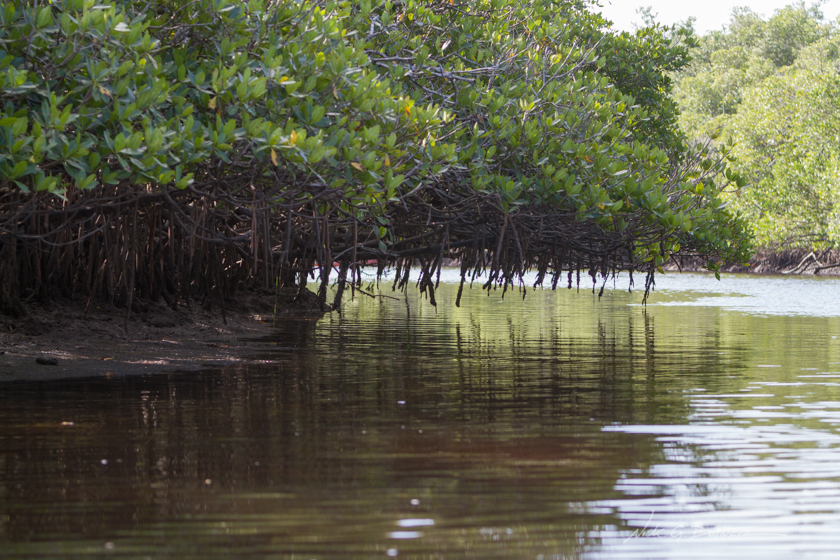 It’s interesting to think that at high tide all of those mangrove roots will be underwater and full of fish. 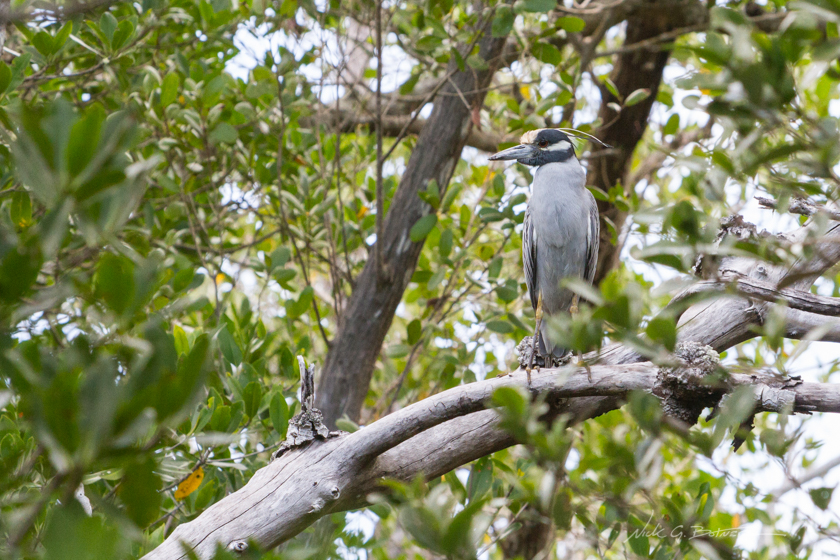 I somehow missed this Yellow-crowned Night Heron when he was sitting on the bank. I only managed to see him after I startled him up into the trees. I wanted to get a better shot, so I tried getting out of the Kayak and going after him on foot.

Of course as soon as I got out, he flew away. 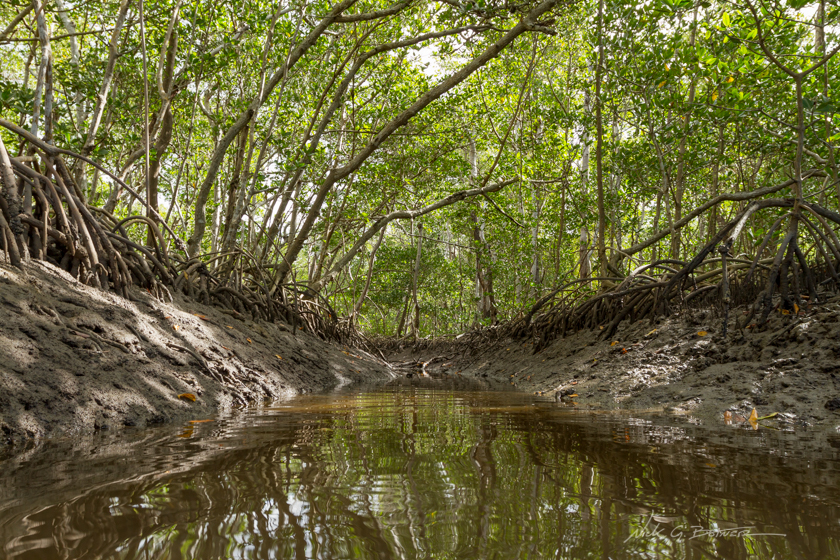 That wasn’t enough to stop me from doing a bit of exploring. 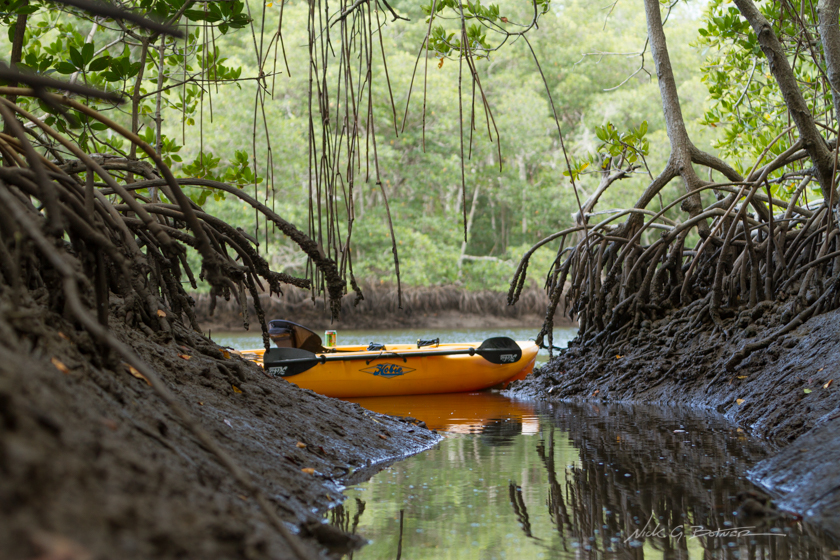 A shot back at the parked kayak. 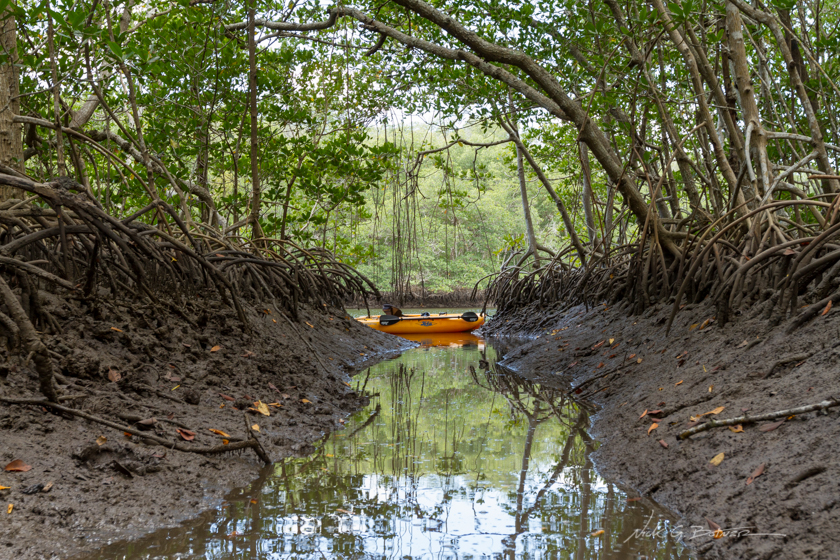 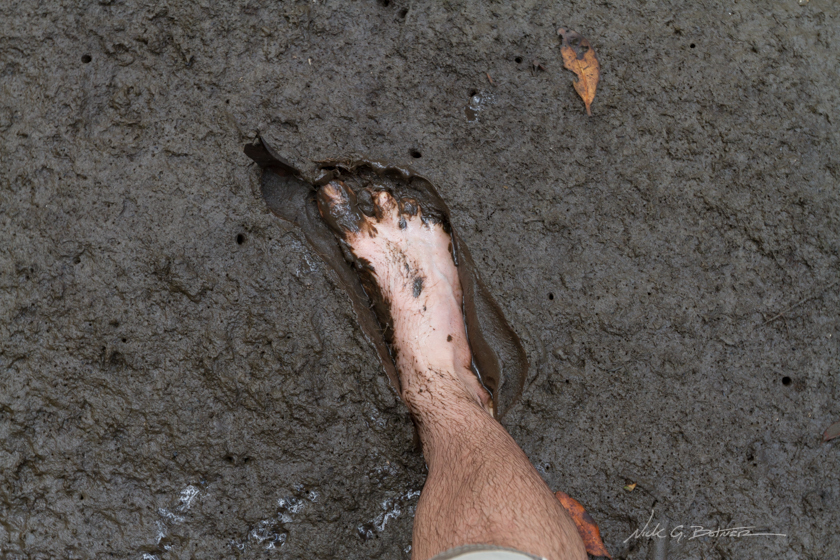 It was actually quite muddy along the banks. 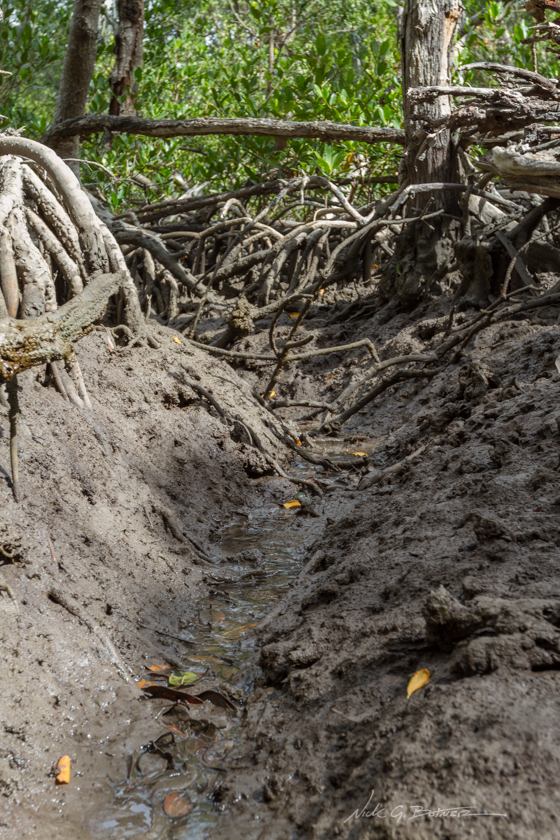 This was about as far as the little trail went. 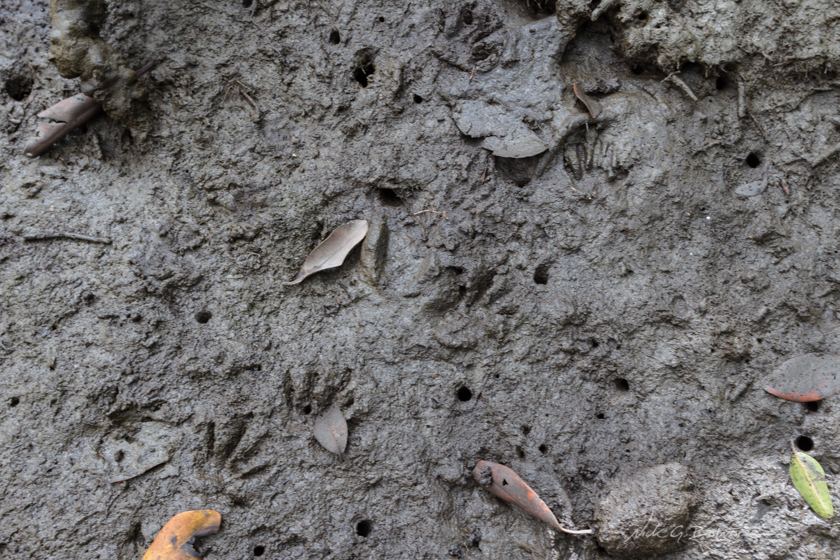 It wasn’t until I was trudging back that I noticed that the shoreline was littered in Raccoon trails. 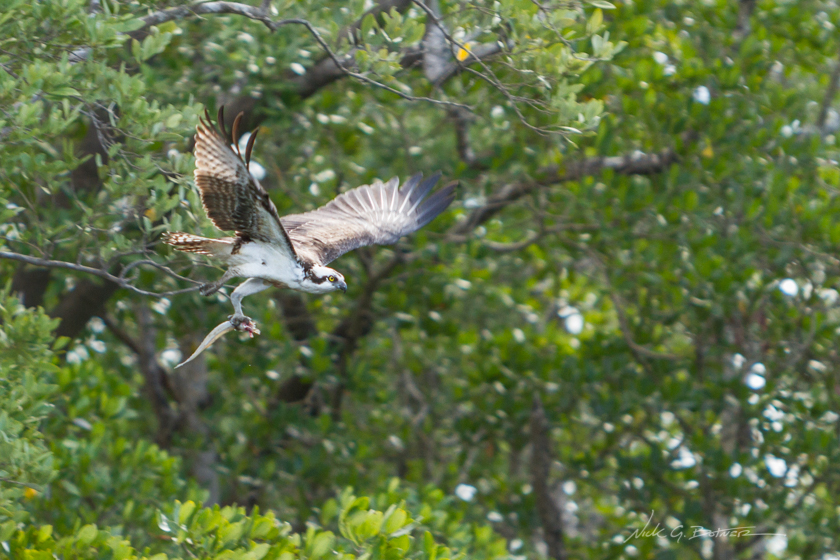 Back in the Kayak, I came across an Osprey eating a Lady Fish. 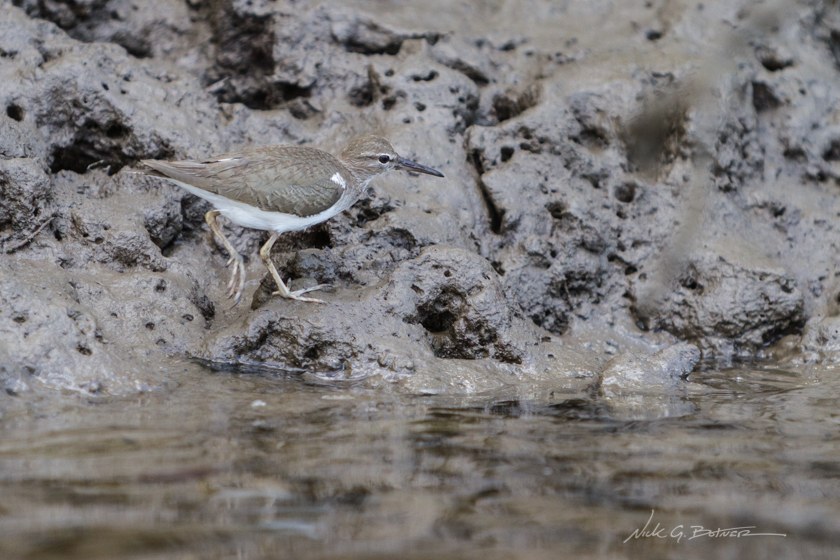 And I almost didn’t even notice this little Common Sandpiper running along the muddy bank. 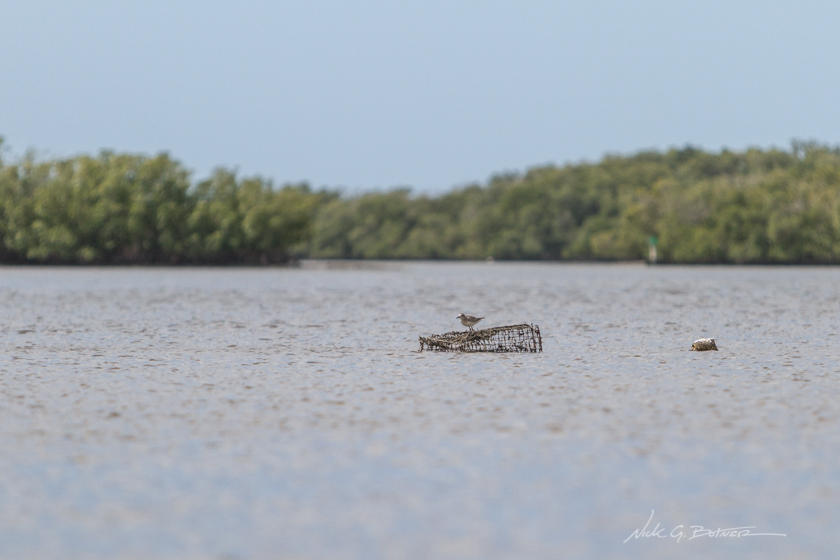 By this point, about 7 miles down the river, things started to open up. However, most of the river was only about 3 inches deep at low tide. 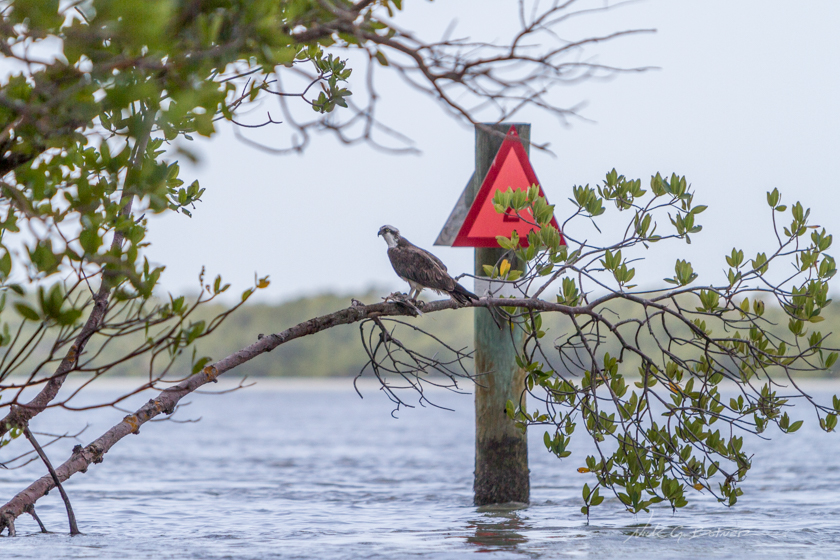 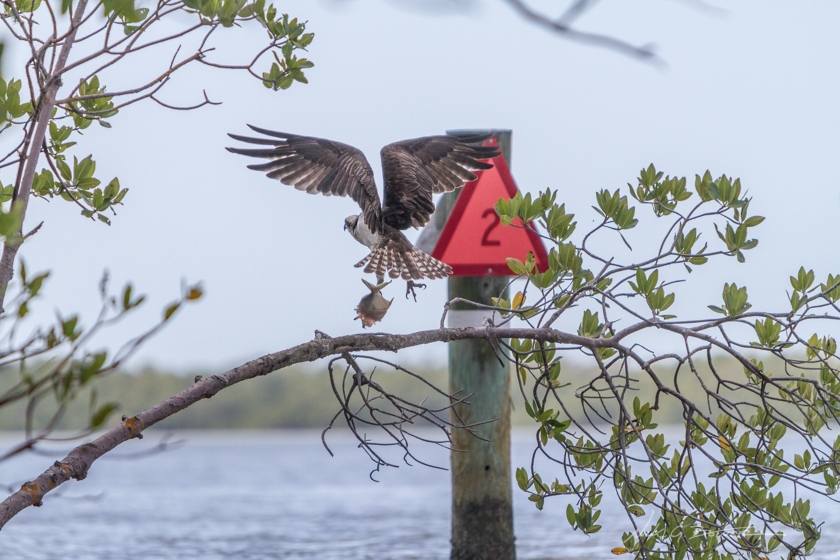 This Osprey appeared to be eating a Jack. 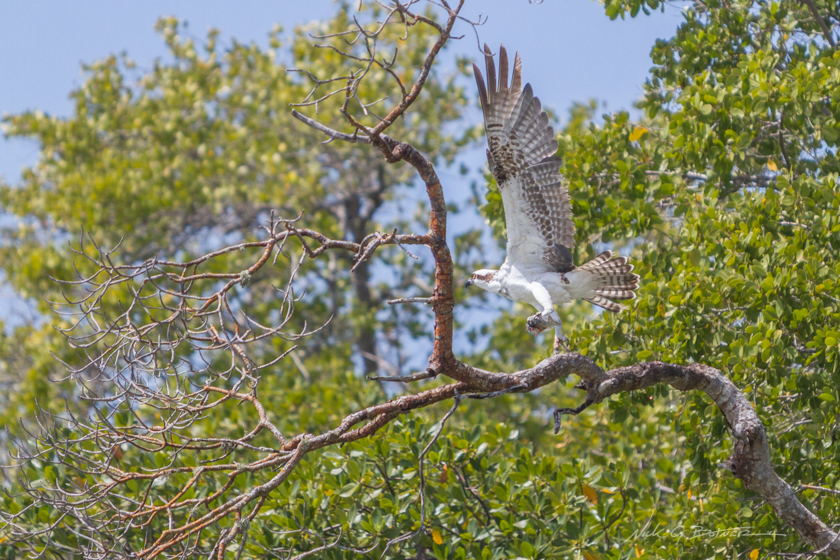 And I have no idea what this Osprey was eating. Chances are it was either a mullet or ladyfish.

All in all, I was able to make it out to the Gulf of Mexico and then back through Mud Bay. I didn’t have much time to take photos on the return trip because I was running short on time and needed to hit the tides right to actually make it back home.

Here is a little handy map of my trip. The marked trail keeps you in the bays and measures out to be around 13 miles. However, my extended trip is estimated at 19 miles which took me roughly 8 hours to paddle…and worth every minute of it. 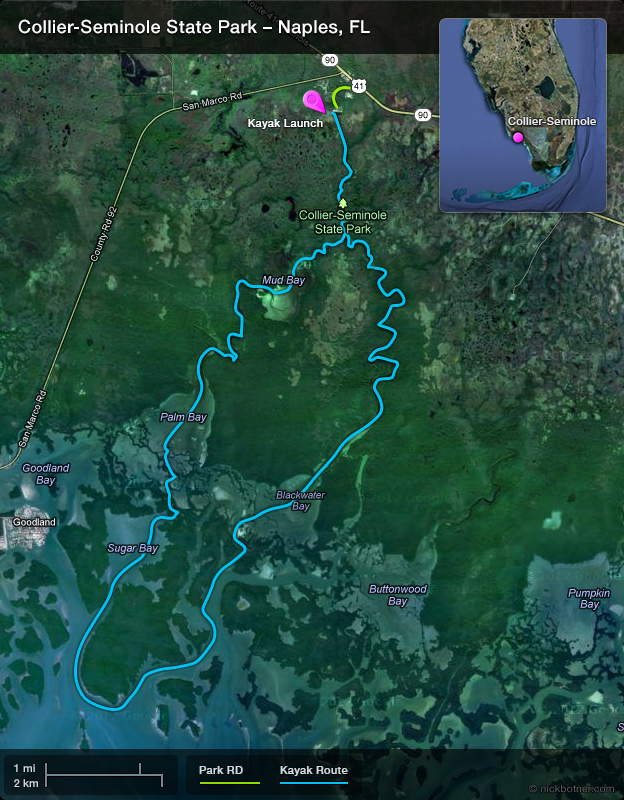 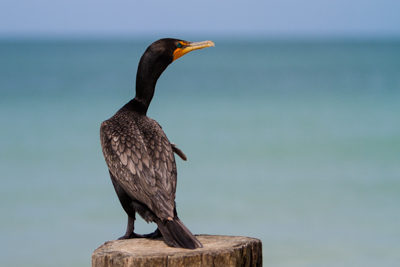