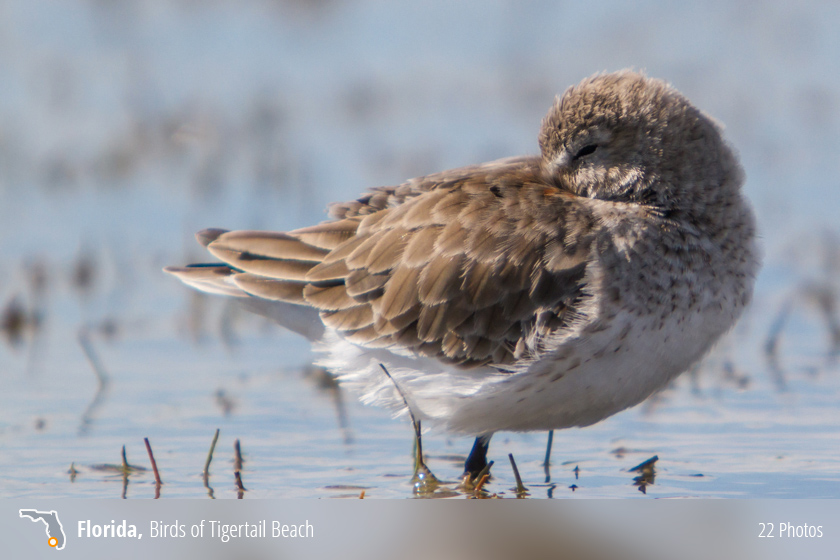 Early one morning, trying to figure out where I should go shooting,  I decided I would head down to Marco Island and check out Tigertail Beach. Growing up as a kid on Marco Island, I spent a lot of time at Tigertail. And from what I remembered about the beach, it had some interesting shoreline and waterways.  Perfect conditions for shorebirds and wading birds.

When I was younger, Tigertail Beach was more of a barrier island and still had a channel flowing between it and the shore. Now, with the shifting of sands, the south end of the island is completely, and vastly, connected to the main shore. Things have really turned into a protected shallow lagoon, perfect for all kinds of shorebirds to rest and feed. 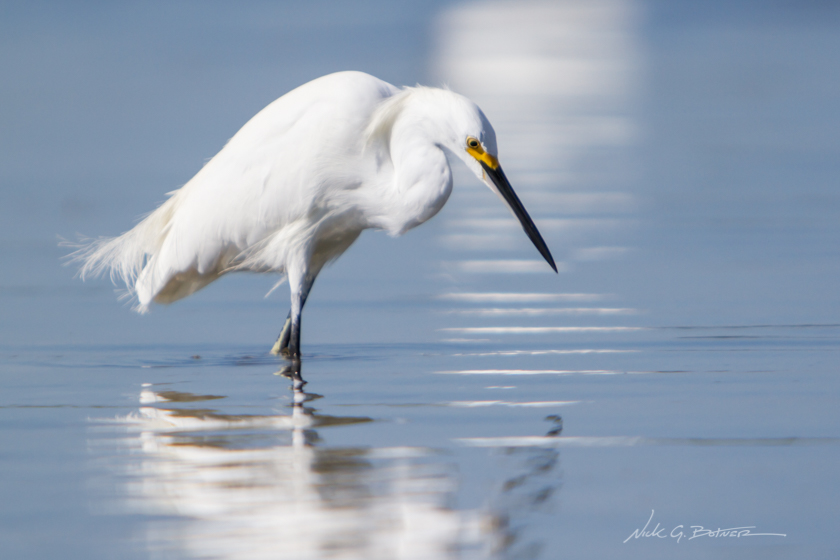 I was early enough and lucky enough to catch both low tide and no wind. The water was almost as smooth as glass which provided for some great reflection shots. 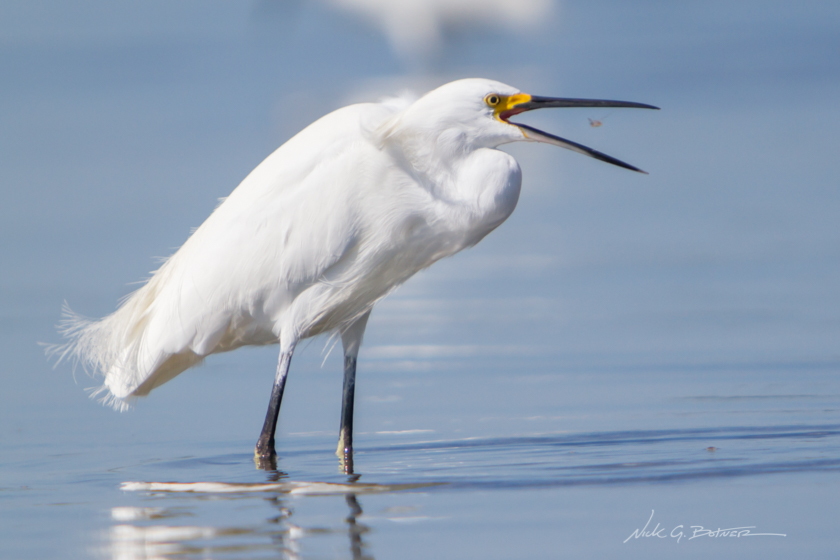 I wasn’t planning on getting into the water, but things quickly change when you see an opportunity for a photo. So with rolled up jeans I squatted in the water stalking these Snowy Egrets as they fed on shrimp and minnows. 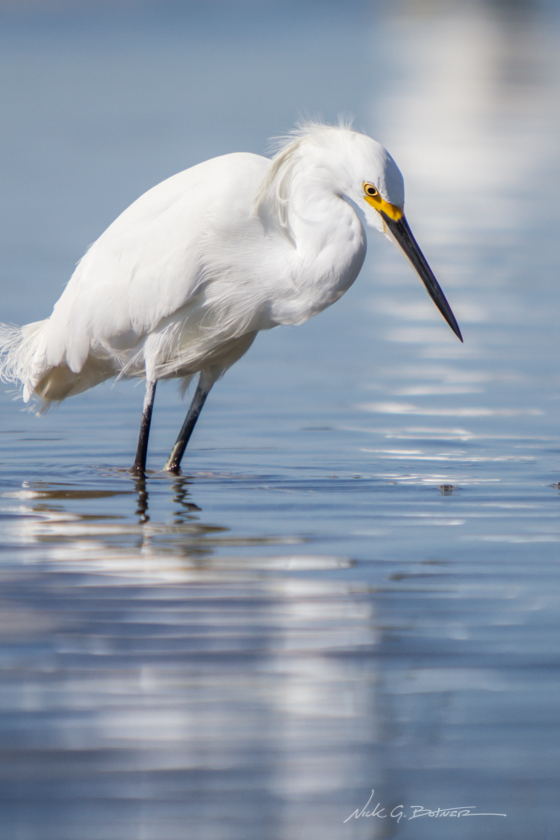 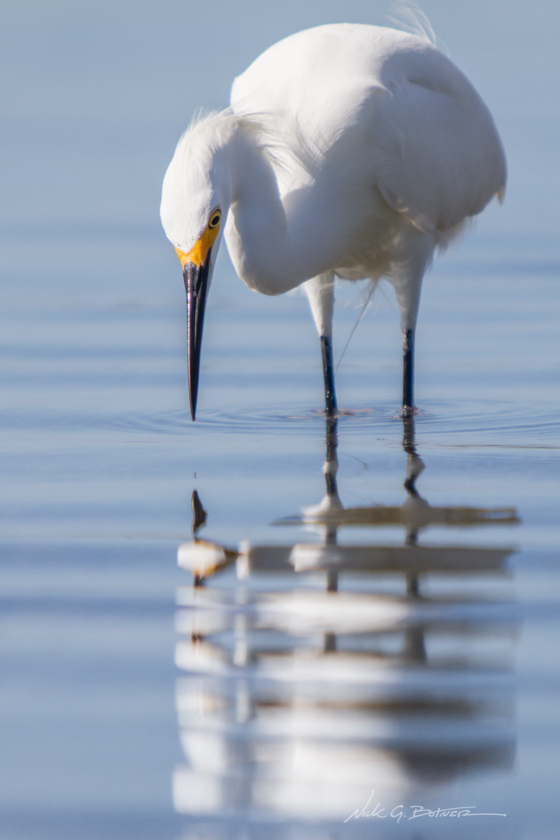 I love the reflection in this one. 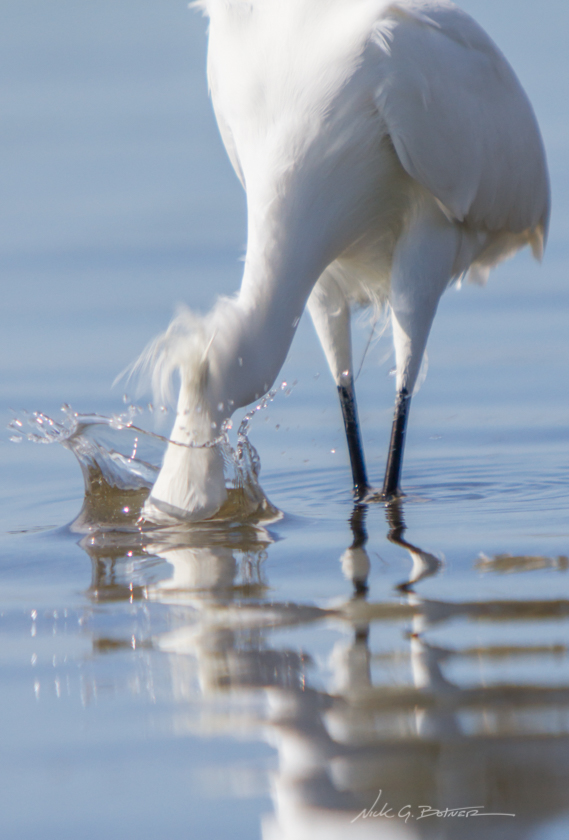 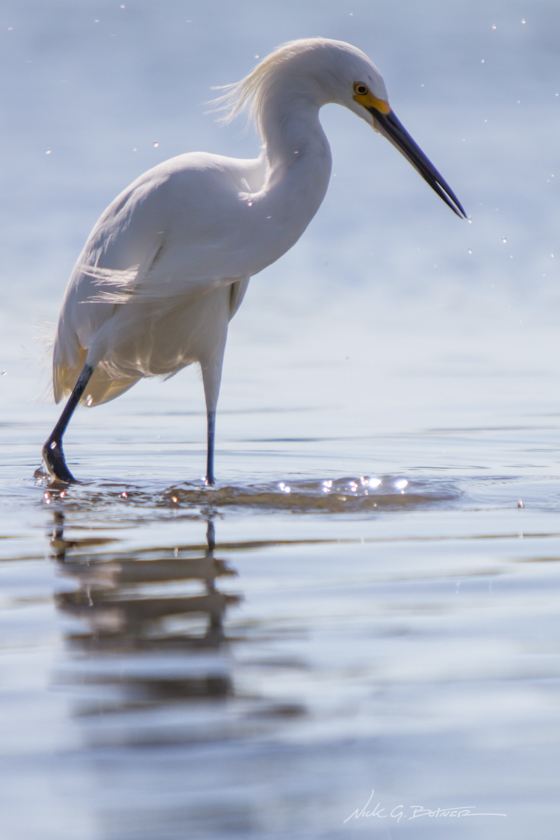 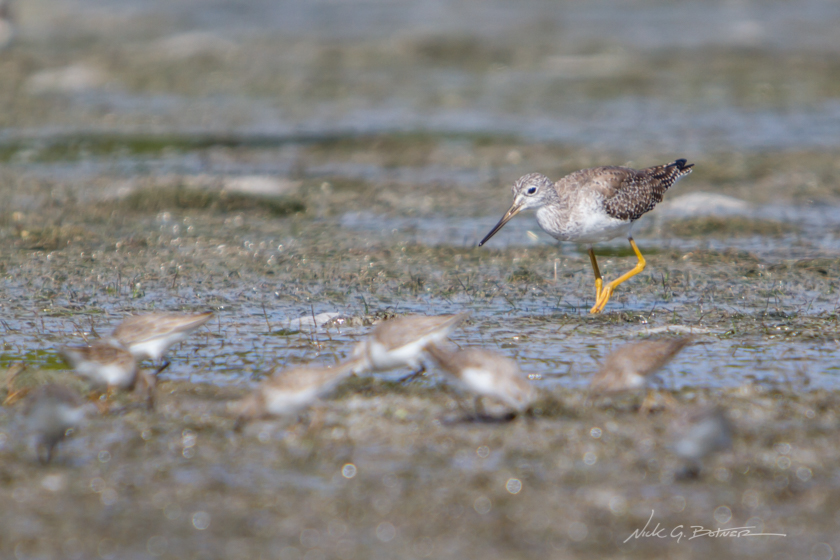 With the tide being as low as it was, there was quite a bit of exposed mud and sea grass. The shorebirds were having a field day with all the easy access. 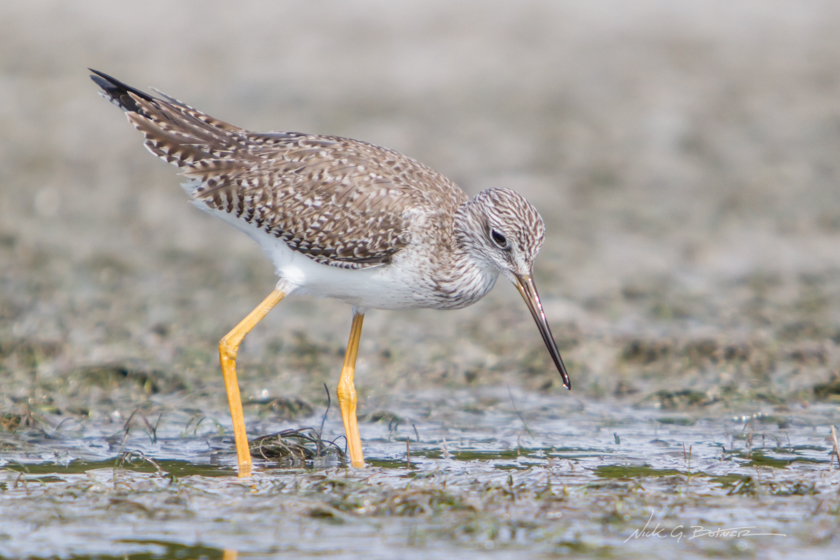 This was also my first time seeing a Lesser Yellowlegs. A very skittish and fast bird. I think I spent over half an hour stalking this bird waiting for it to stop digging for food so I could get a shot of it in still motion. 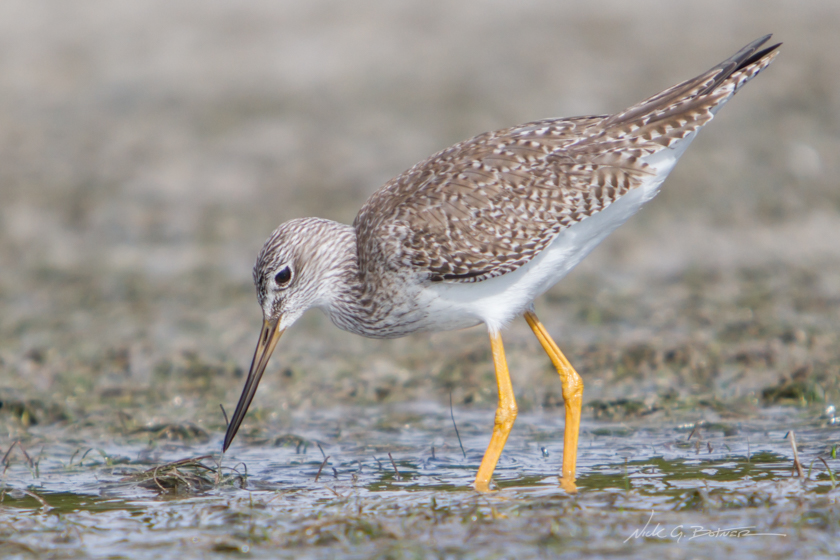 It took a bit of practice and luck catching that half second pause before it went back into hyper jackhammer mode. 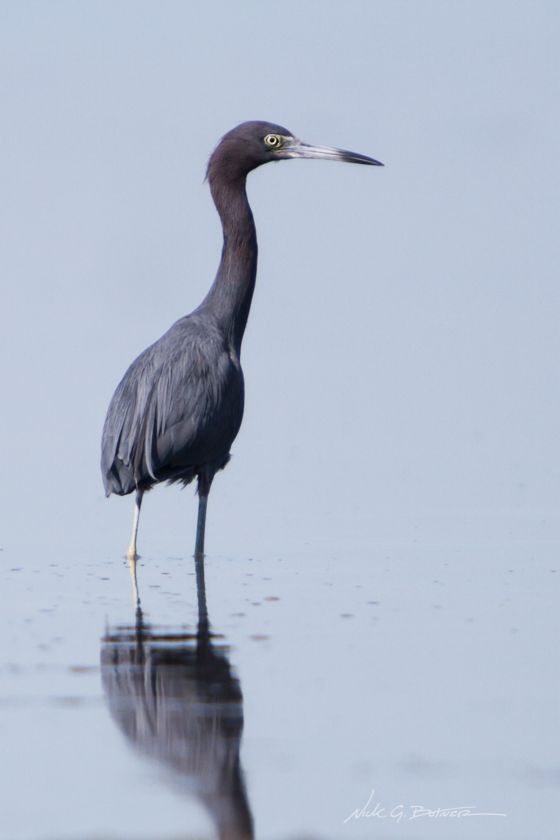 The blue herons are quite a bit more skittish than the snowy egrets. This is about as close as they let you get before they have had enough and take flight. 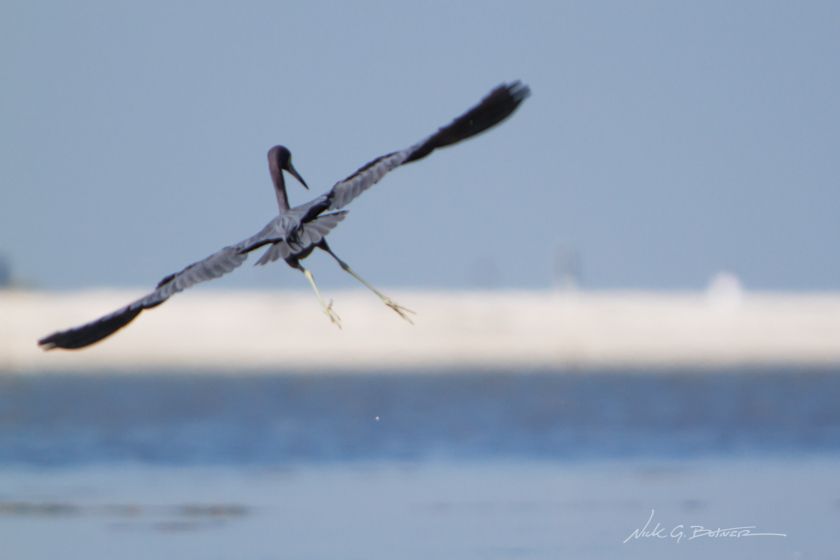 Prime example. Too close, get the bird butt. 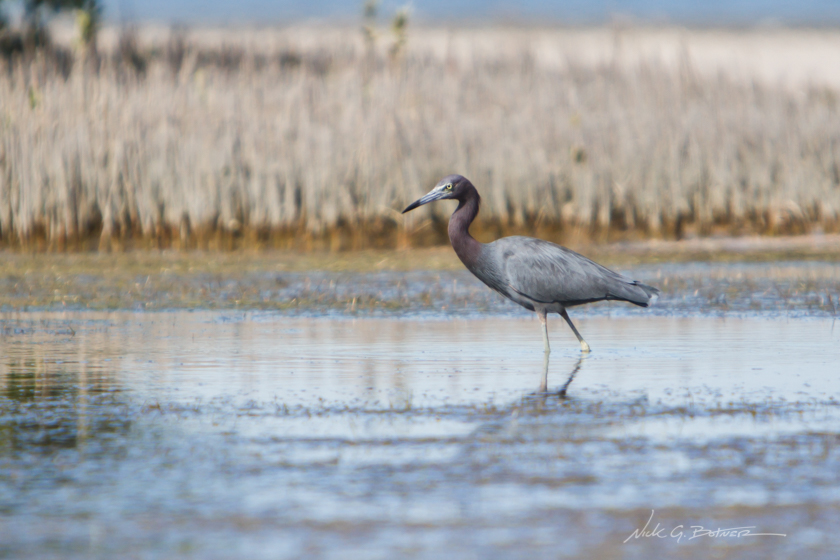 This one had to ambush around a corner. I could him making his way around a cluster of mangroves, so I headed around the back side and posted up waiting for him. 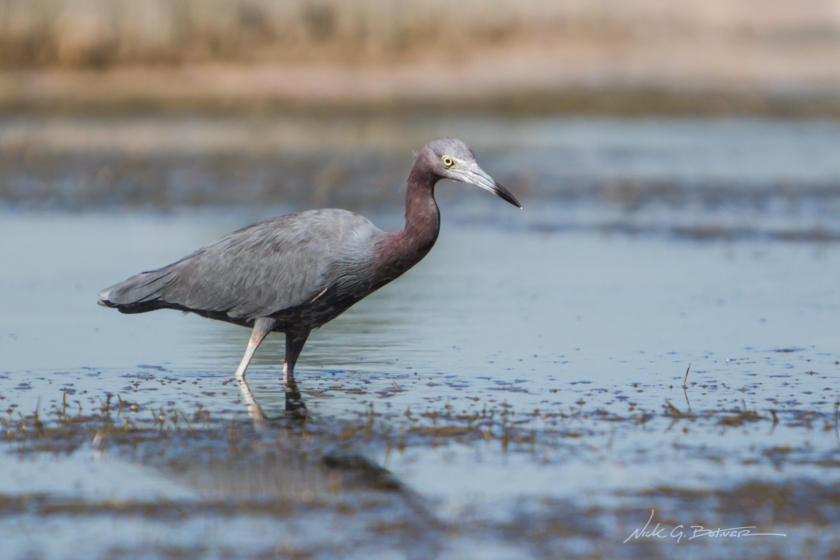 Finally close enough for some detail. Unfortunately no food shots. 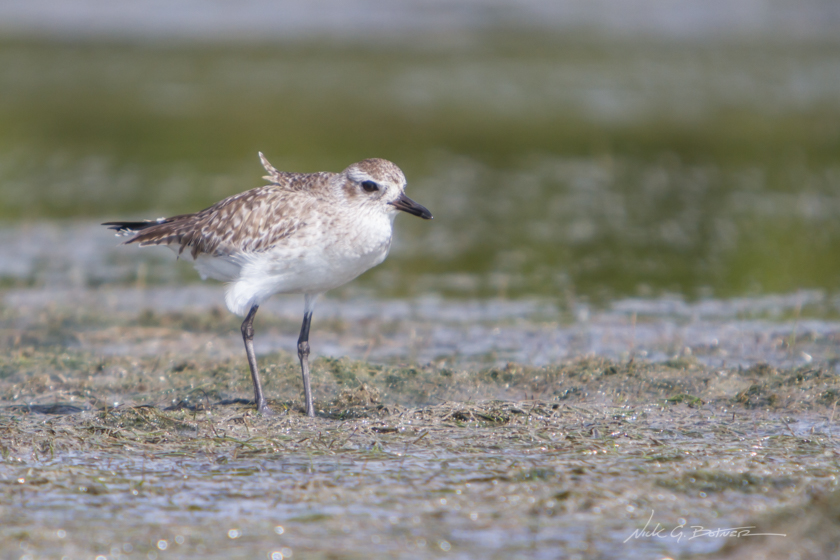 Another interesting shorebird is the greater sand plover. It’s a larger plover and tends to dominate over the sanderlings and sandpipers. 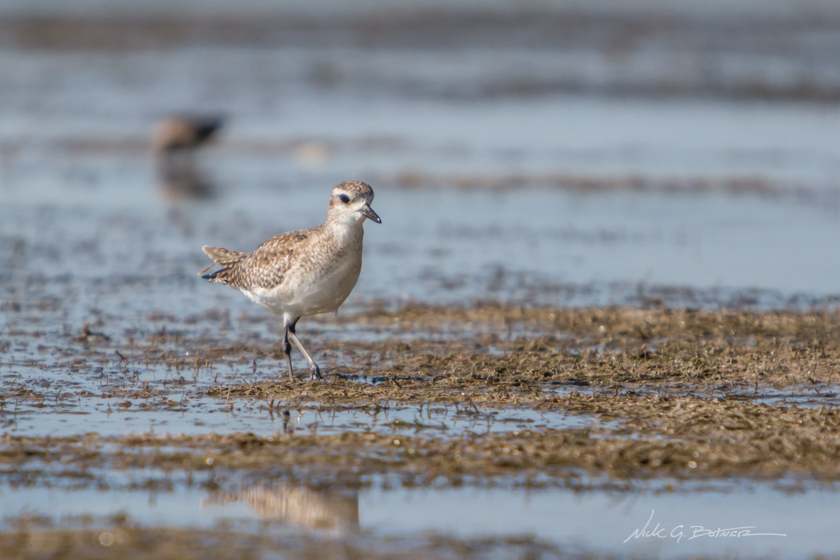 The greater sand plover has this habit of running from spot to spot like a high speed chicken. 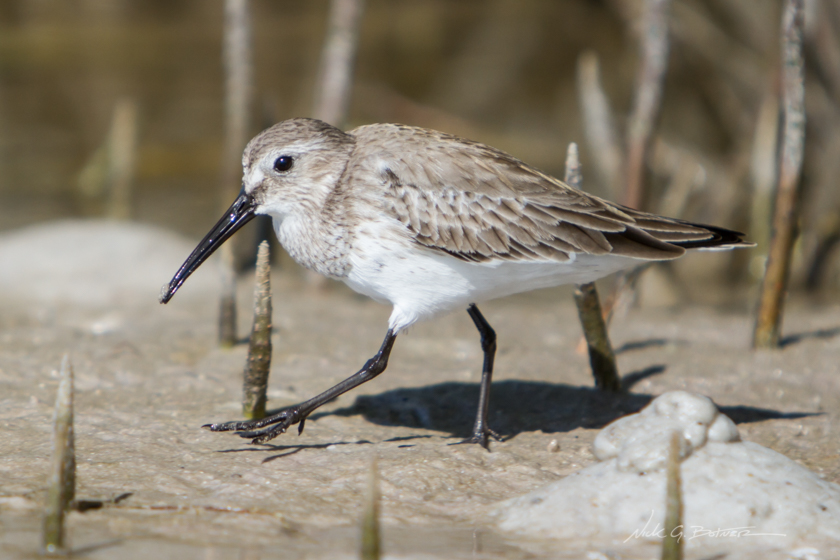 This Sandpiper wanted around me and finally decided to make a run for it. 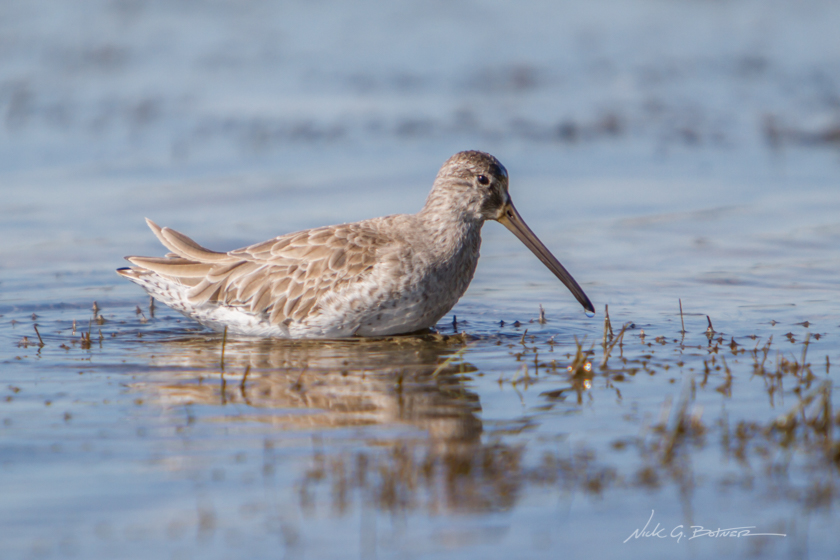 Another new bird for me was this long-billed dowitcher. Not the prettiest bird, but it sure has a beak on it. 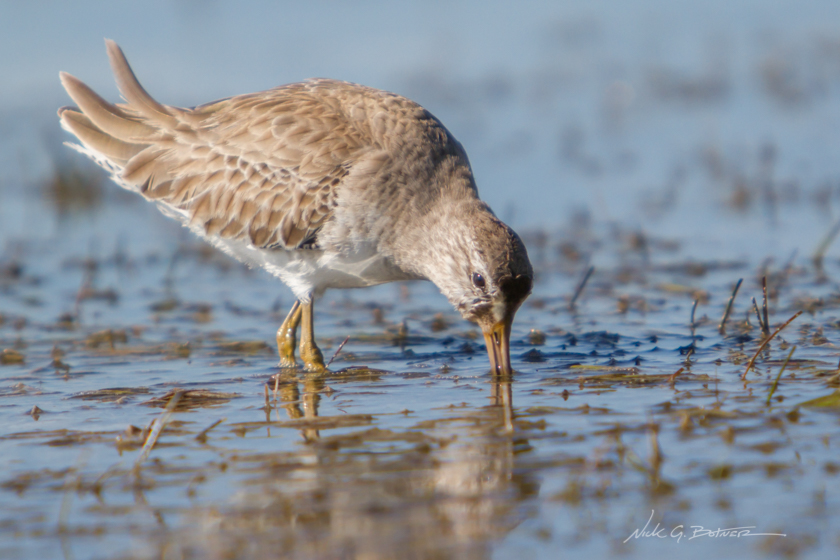 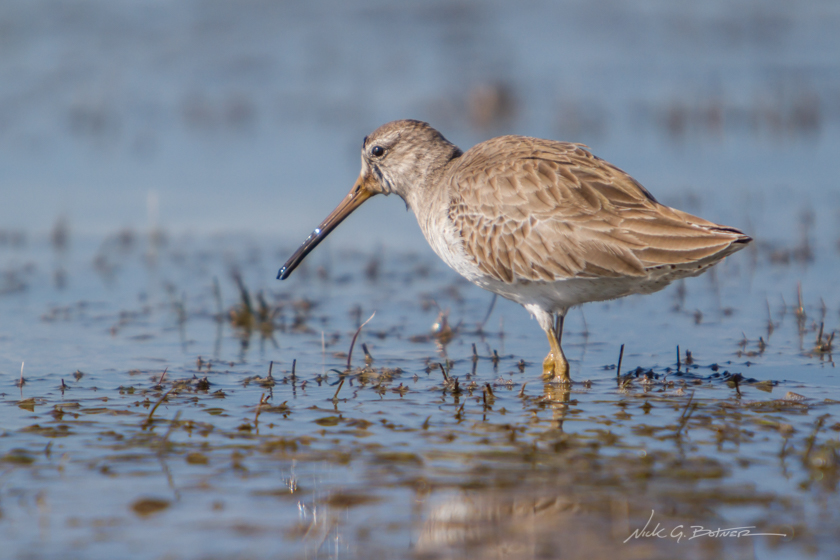 You can see here how the front of the face is all wet, right up to the eyes. They walk around with their face in the water hunting for food, but still able to see what’s going on around them.

And finally, the cutest award goes to the lesser sand plover. By this time it was approaching noon and the wind had kicked up a bit. These little guys would puff them selves up and go into sleep mode. 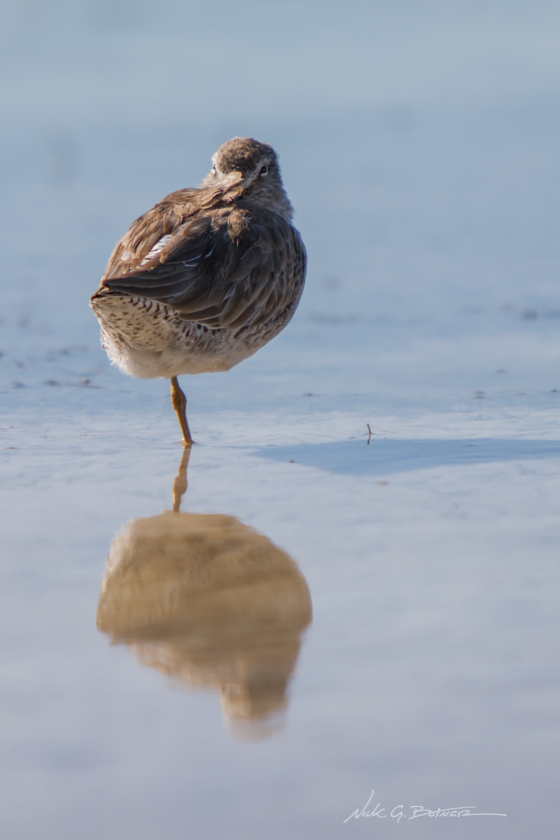 Balanced on one leg and wondering what the hell am I doing trying to sneak up on him.

If you ever have the chance to visit Tigertail beach in the early winter, you will not be disappointed by the sheer number and variety of shorebirds that have migrated in. Just try to plan it for an early morning low tide when the birds will be feeding the most. 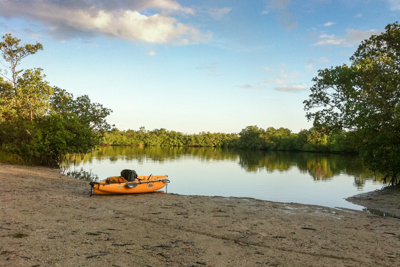