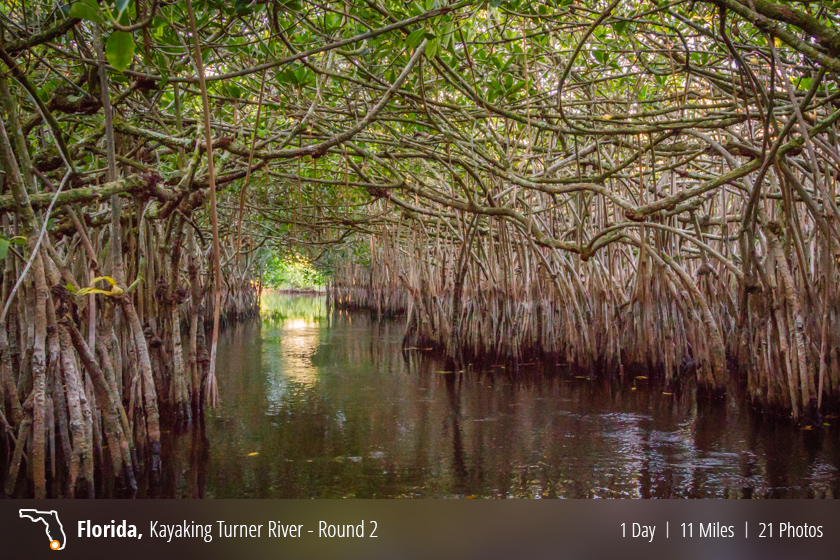 Back in February, before moving out to the Pacific Northwest, I wanted to make one more kayak run down the Turner River. So I loaded up the car the night before and made it down to the kayak launch at first light.

If you missed out on my previous trek down the Turner River, you can check it out here. This one was in a canoe and in the middle of the day, so the photos are quite different from these. 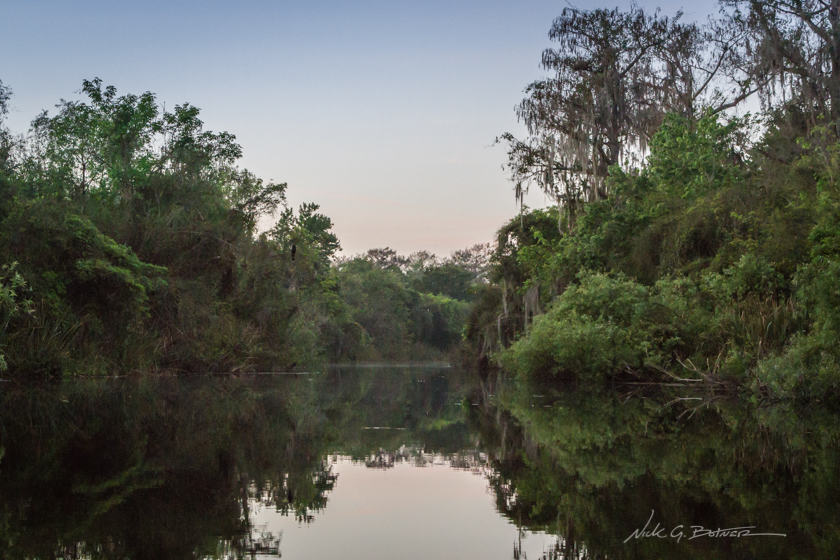 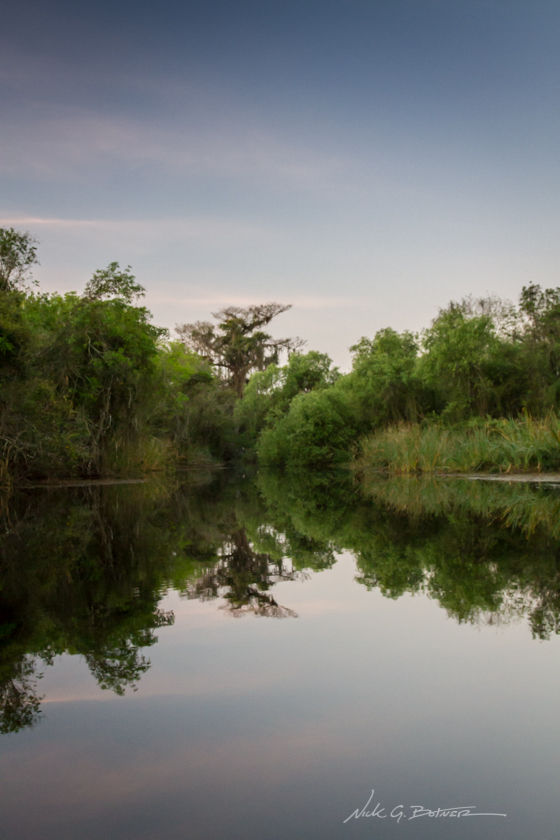 When it comes to photographing nature and wildlife, I like to get out there before first dawn. However, it’s a bit hard to take photos when it’s still dark and you’re in a floating vessel. 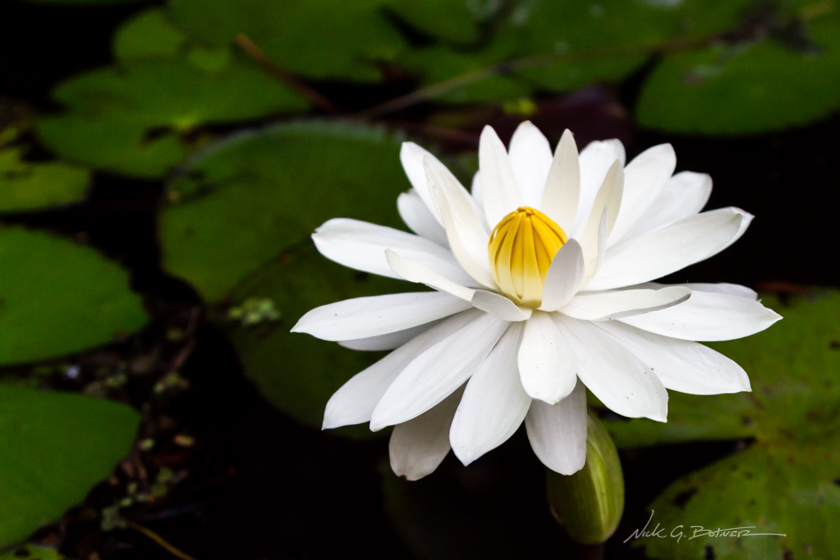 I was able to lodge the kayak into the vegetation to get a clear shot of this freshly opened water lily. 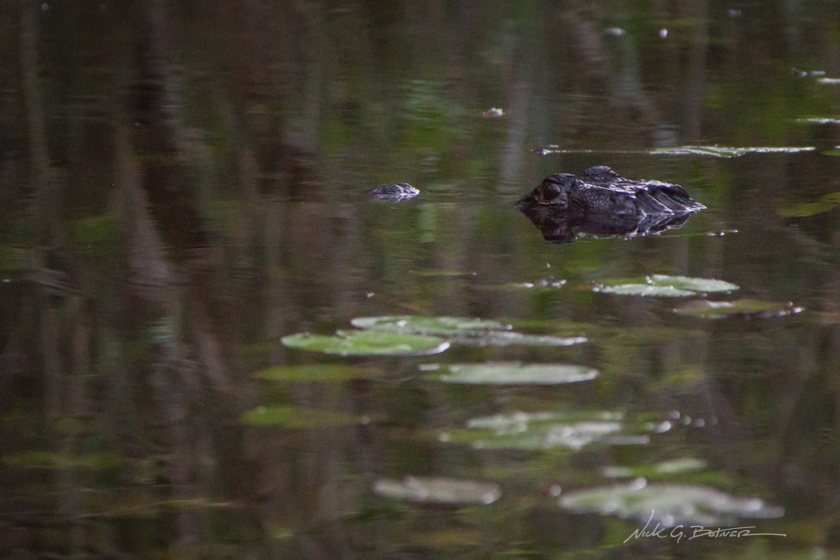 Of course early morning meant there were still plenty of gators out.

At one point the river was no more than six feet wide and maybe three feet deep. So imagine my surprise when I had to pass over an eight foot gator that could barely make it’s way underwater. As I passed over the large gator, I prepared for possible contact. Thankfully I managed to clear him without any incident. Phew. 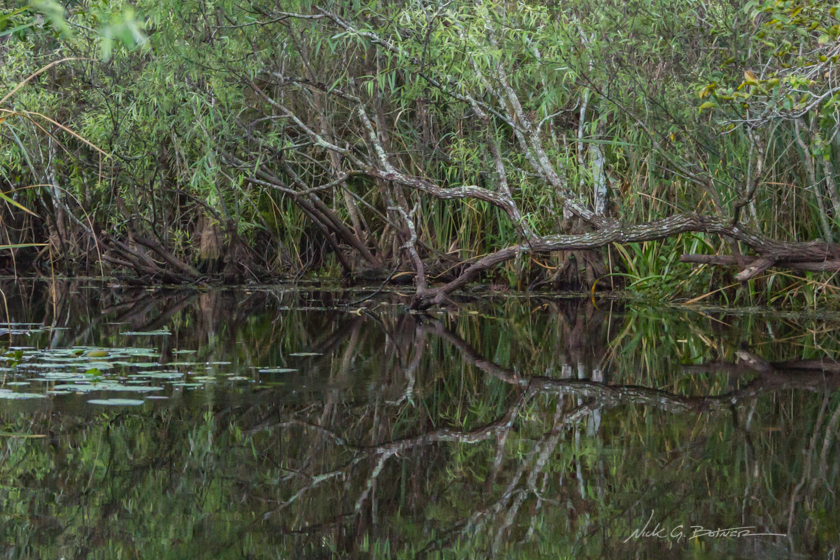 The river normally runs slow, but in the winter, when the water is even lower, the river runs even slower. Combine this with the lack of any wind made for some interesting reflections in the water. 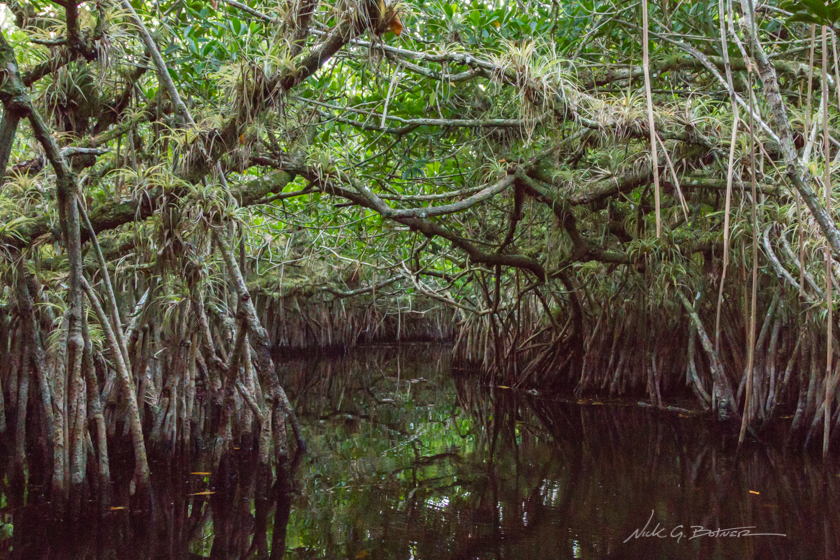 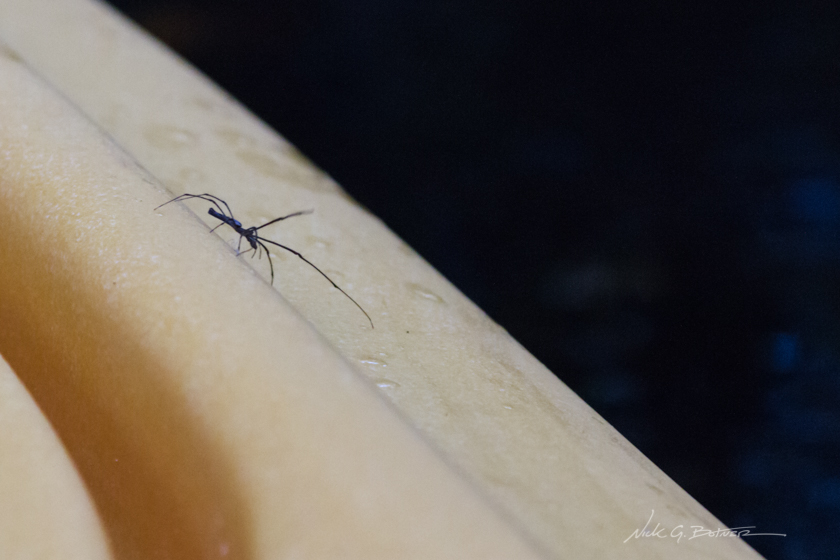 You definitely need to be used to spiders when you come through here.

With the water level so low, it’s easier to make your way under the mangroves. However, it’s also shallower so you end up running over more sunken obstacles. 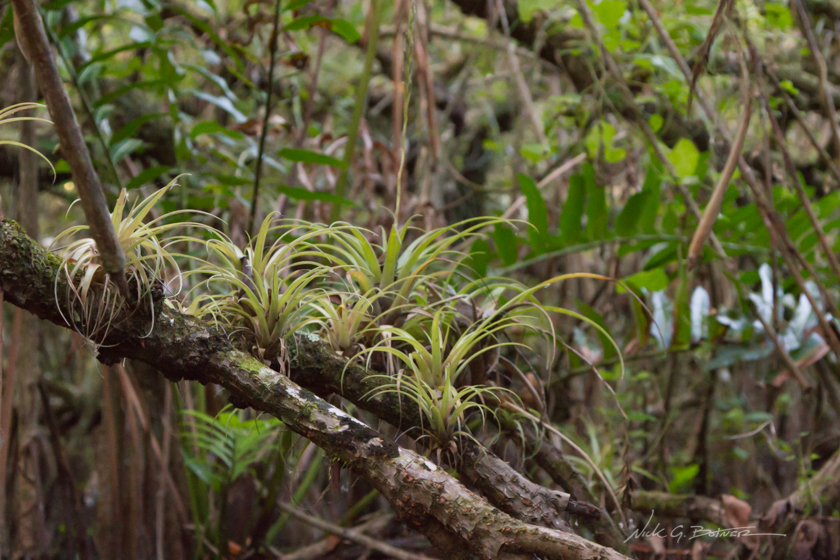 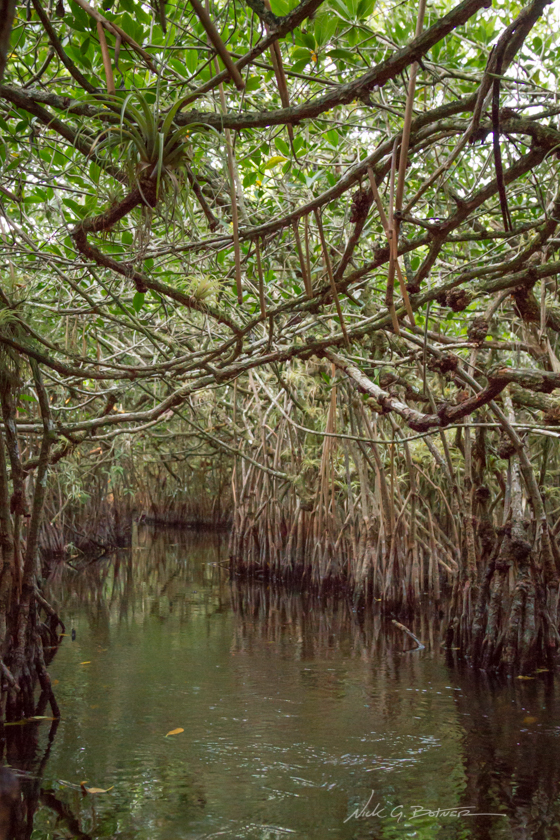 Trying to capture some of the intricate tunnel structures. It’s easier to get these shots without the daytime sun to overexpose the tunnel roofs. However, everything else is rather dark. I mean, I’m in a tunnel after all. 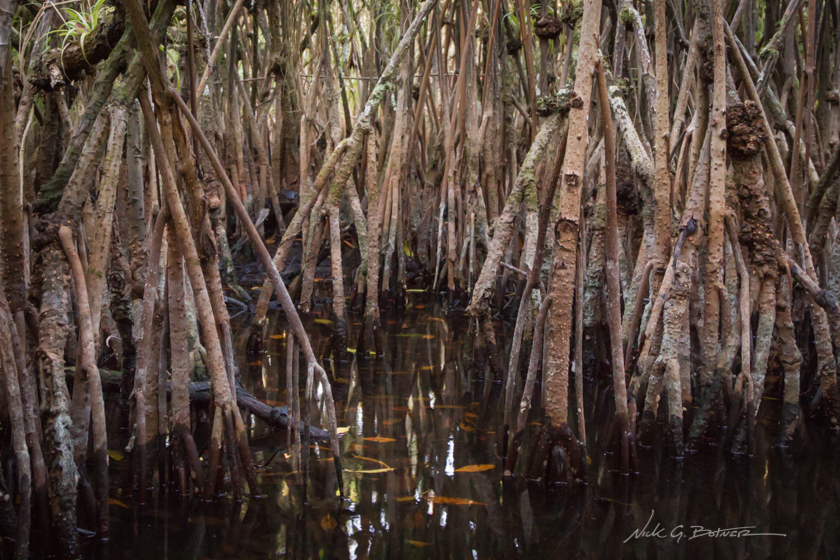 About half way through the tunnels I took a break to eat some food and clean the spiders off my camera. As I sat there I heard this faint rusting sound off in the mangroves. As the noise became louder, I stopped what I was doing and turned my attention towards the direction of the sound. The noise finally stopped and this little guy poked his head out. 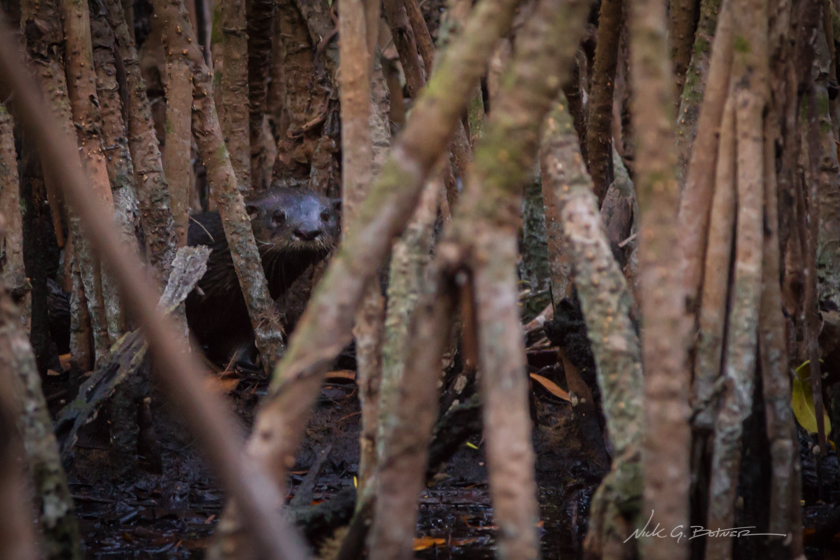 A small river otter had been making its way to the river through the muddy mangrove roots!

If you go back to the previous photo, and look hard enough, you can see his little head poking out from between the roots. 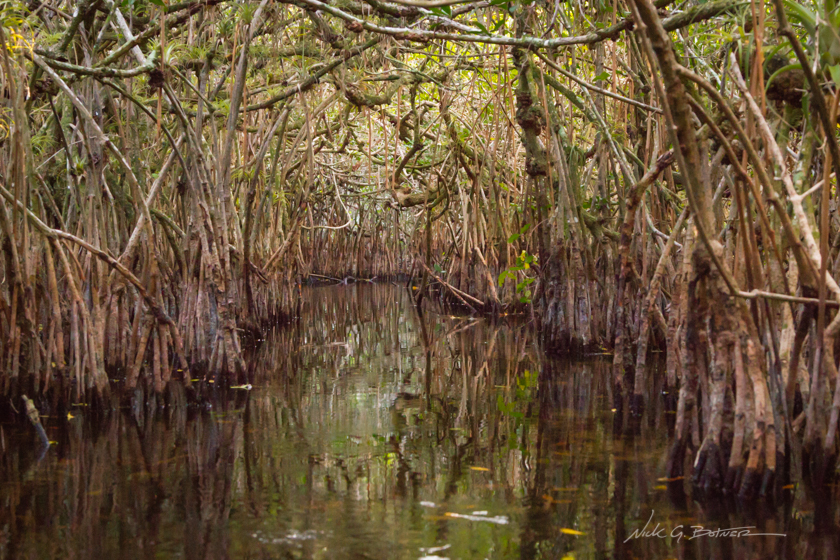 A little scared of me, the otter made its way through the roots until it was far enough ahead. When it felt like it was far enough in front of me it finally jumped into the river. Every now and then I would catch up to it and then it would take off again. 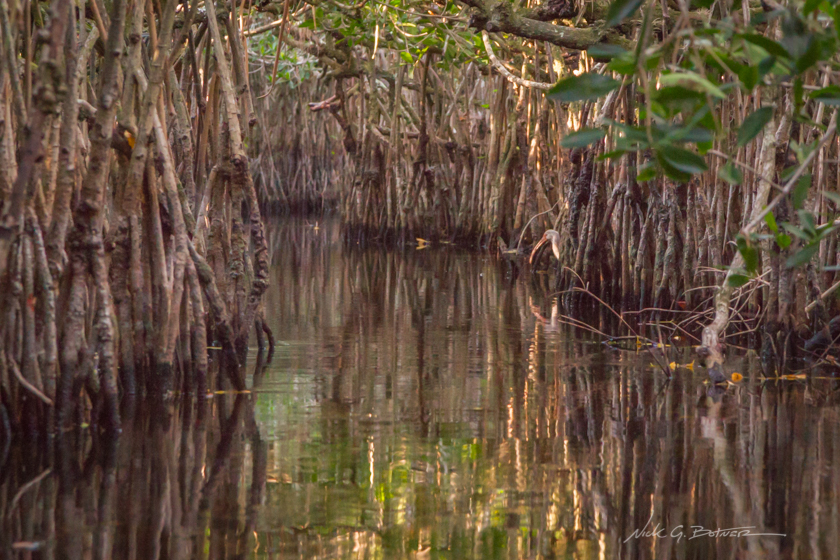 The sun is starting to make it’s appearance. This white ibis was taking advantage of the low water levels. 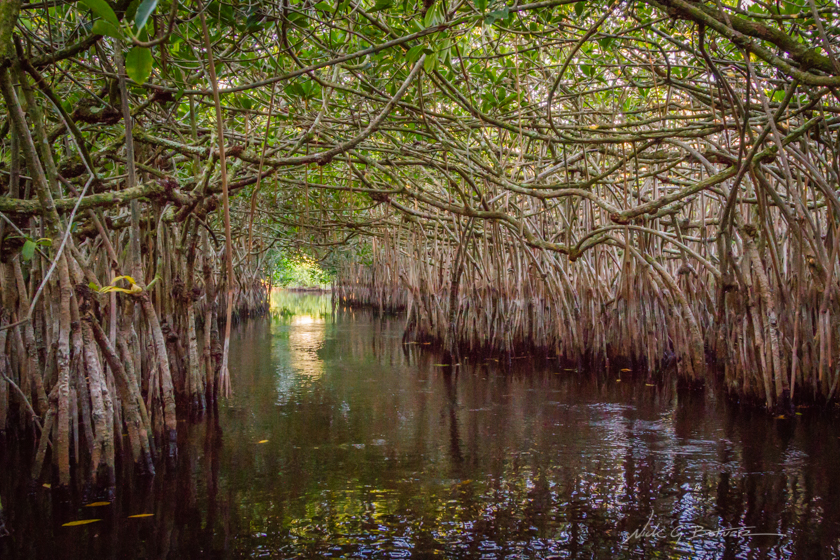 Almost out of the tunnels, I could see that the outside world had become a lot brighter since I entered them. 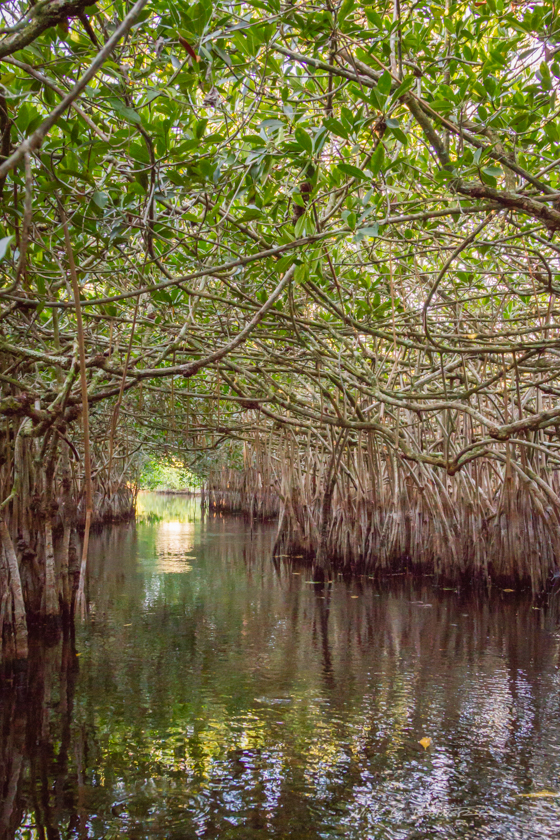 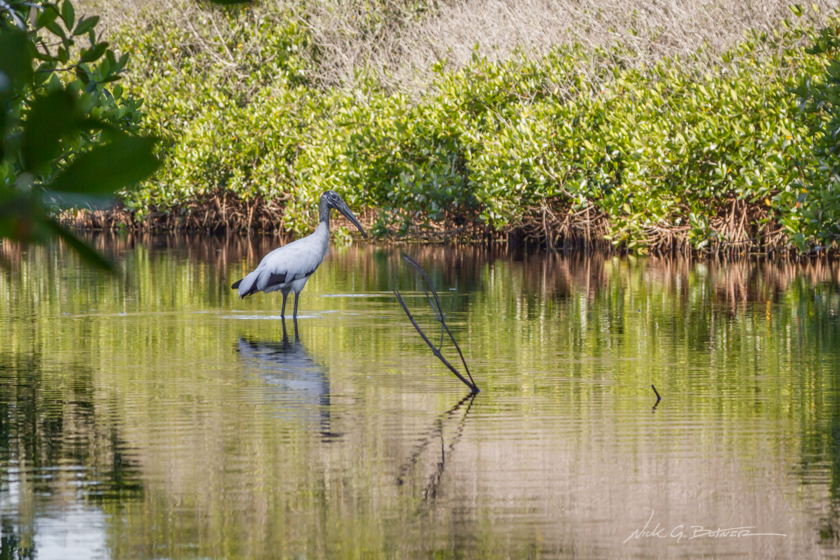 Out of the tunnels and around the first few corners I came into contact with some Wood Storks, also known as Ole Iron Head. 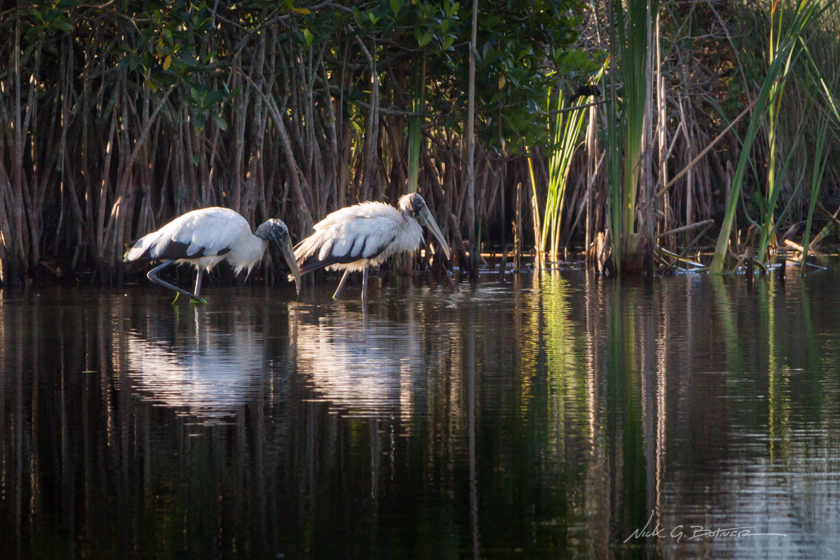 There were actually quite a few of them working the low water levels in search of food.

On edge a bit, I don’t think the storks were expecting a large yellow kayak to appear out of nowhere. 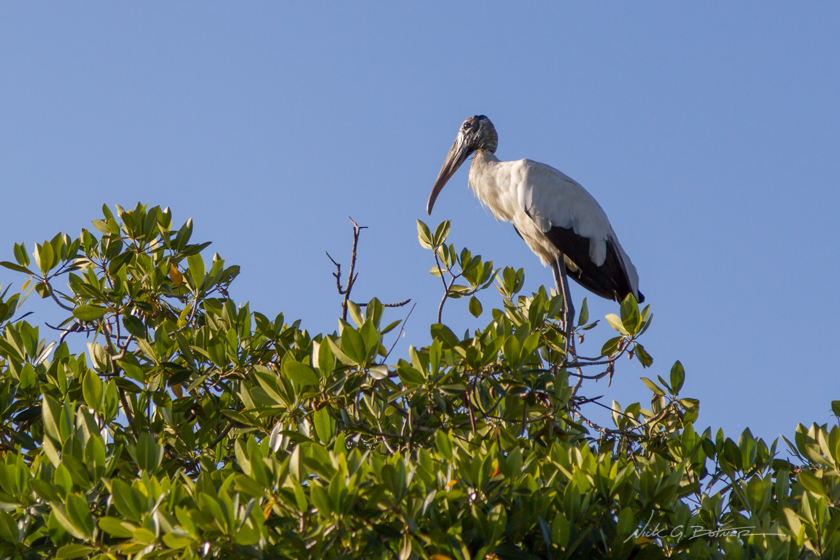 Sitting a top the mangroves, you can get a little better idea as to why they are called Iron Head. 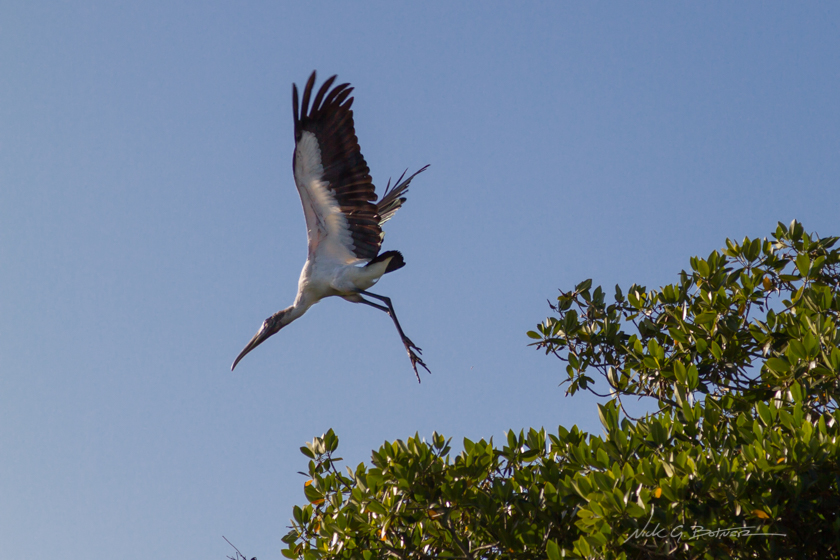 That was about all they could take of me and off they went.

I continued my kayak tip all the way down to Chokoloskee where I met a fellow kayaker fishing the mangrove flats. He wanted to do the Turner river trip with me, but he didn’t want to get there as early as I wanted to. So he compromised and met me part of the way.

I think the entire paddle took me six hours. Normally I only go half way and then turn around. But this time I had the friend in Chokoloskee who is actually a local kayak guide for Shurr Adventures. He was able to put my kayak in his truck and drive me back to the launch site where my car was waiting for me. I would definitely contact them and set up your own Turner River adventure!

Here’s a little map of my river adventure. Hopefully this will help inspire you to get out there and experience the tunnels for yourself! Also if  you want to see more photos of Turner River, you can check out my previous adventure here. 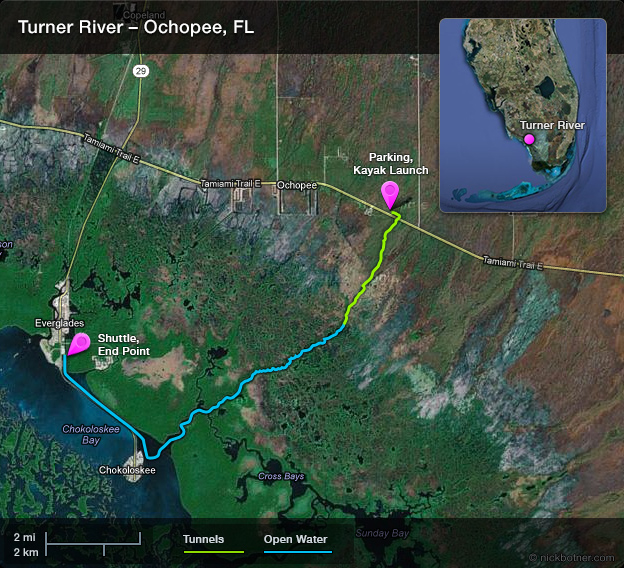 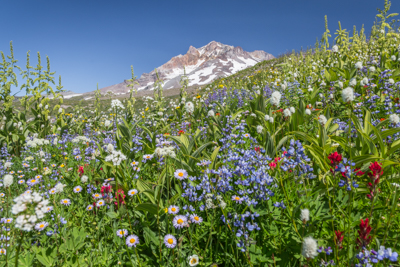